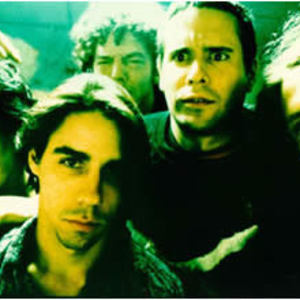 Alice Donut is a punk rock band from New York City. They formed in 1986, disbanded in 1996, only to reform in 2004. The band toured relentlessly, and then, after their 1000th live performance, the members decided to take a break to pursue other projects. Theirs is a mixture of hard rock, punk, grunge and post-punk, often punctuated with brass instruments. Many of the members are traditionally or even classically trained musicians, but rarely in the instruments they play in the band.

Lyrically, Alice Donut often explores depravity, domestic violence, sexuality and food, reflected in songs like 'My Life is a Mediocre Piece of Shit' and 'The Son Of A Disgruntled X-Postal Worker Reflects On His Life While Getting Stoned In The Parking Lot Of A Winn Dixie Listening To Metallica'.

2004's Three Sisters, their first record after their hiatus, was recorded as a four-piece with Tom Antona on vocals, Michael Jung on guitar, Stephen Moses on drums and Sissi Schulmeister on bass. Original guitarist Dave Giffen rejoined the group for Fuzz, which was recorded in Brooklyn's BC Studio with longtime co-producer Martin Bisi and released in 2006. Both Three Sisters and Fuzz were released by Howler Records.

The band's style and lyrics are eclectic. Their music is a mixture of hard rock, punk, and post-punk and typically features melodic, guitar-heavy, odd-metered, and rhythm based pieces and is often punctuated with brass instrumentation.

Alice Donut returned to Alternative Tentacles in 2009 for the release of the newest full length album, 10 Glorious Animals (although the digital release will handled by Howler).

Alice Donut will keep making records until they die.

The Untidy Suicides Of Your Degenerate Children

Revenge Fantasies Of The Impotent

Bucketfulls Of Sickness And Horror In An Otherwise Meaningless Life