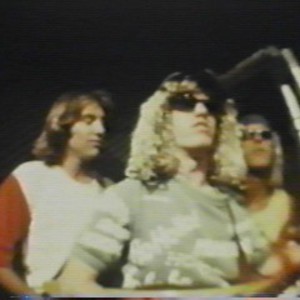 Formed on 1976 in Malibu by Dennis Dragon and Drew Steele. Their songs centered primarily on the in-group/ out-group experiences of "locals" - surfers living on the beach in Malibu, and "valleys" - commuters from the San Fernando Valley to the private and public beaches of the exclusive Malibu beach community. Never truly "punk" in the traditional sense of the word, the Surf Punks were a tongue-in-cheek cabaret act, offering an intelligent take on the "turf wars" over the southern California beaches and its waves.