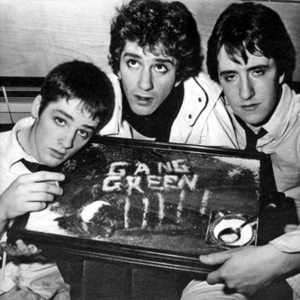 Gang Green (also spelled GangGreen) is a hardcore punk/crossover thrash band originally from Braintree, Massachusetts. The first incarnation of the band consisted of 15 year olds Chris Doherty, Mike Dean, and Bill Manley and contributed seven tracks to the This Is Boston, Not L.A. compilation in 1982. That same year the group disbanded and lead singer Chris Doherty joined the band Jerry's Kids for their album Is This My World? Current line-up:

In 1985 Doherty reemerged with an all new Gang Green lineup consisting of himself (vocals, guitar), Chuck Stilphen (guitar, vocals), Glen Stilphen (bass, vocals) and Walter Gustafson (drums). This second lineup is the most famous nationally as it was both the first to tour and the one that recorded the classic songs "Alcohol" and "Skate to Hell". This edition of Gang Green released the Another Wasted Night LP on Taang! Records in 1986. It is regarded as one of the definitive hardcore records of its time.

By 1987, when they were signed by Roadrunner Records the band's musical style had become to lean more toward heavy metal and the personnel of the band, save Doherty, had changed completely. This incarnation of Gang Green consisted of Doherty, Fritz Erickson (guitar), Joe Gittleman (bass) and former Jerry's Kids drummer Brian Betzger. In 1989 Gittleman left to devote more time to The Mighty Mighty Bosstones and was replaced by Josh Pappe, formerly of Dirty Rotten Imbeciles.

After touring the United States with Social Distortion in 1990 Gang Green experienced a few more lineup shuffles before being dropped by Roadrunner and going on hiatus for several years in which Doherty founded the bands Klover (Mercury Records) and Hamerd.

In 1996 Gang Green surfaced yet again with 5 reunion dates on the east coast with the Stilphen brothers which included shows at The Rat and CBGB's. With Walter Gustafson remaining on drums, along with newcomers Mike Earls (guitar, vocals) and Matt Sandonato (bass, vocals), the band re-signed with Taang! Records and in 1997 released Back & Gacked (EP) and Another Case Of Brewtality. These records saw the band returning their punk roots and even moving in a pop direction. Gang Green toured Europe and the U.S. extensively in 1997 and 1998. Chris Doherty moved from Boston to Cincinnati shortly afterwards and in the early 2000s Gang Green played only once or twice a year in Boston and NYC.

In 2005 Chris Doherty and a new Gang Green lineup supported the Dropkick Murphys' tour of the U.S. west coast tour. The band began a European tour in 2007. The same year, they announce that they were working on a new album set to be released summer of that year.
In 2009 Chris Doherty formed a Cincinnati chapter of the band with a lineup featuring Chris Donnelly, Matt Bryant and Troy Bryant and began playing a few local shows. It was announced in 2010 that the band is working on their new album in studio and also preparing for several live dates.