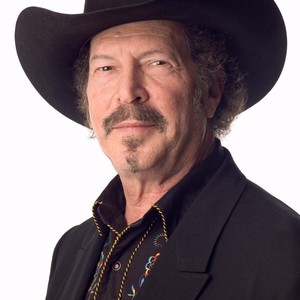 Richard S. "Kinky" Friedman (born October 31 or November 1, 1944) is an American singer, songwriter, novelist, humorist, politician and former columnist for Texas Monthly who styles himself in the mold of popular American satirists Will Rogers and Mark Twain. He was one of two independent candidates in the 2006 election for the office of Governor of Texas. Receiving 12.6% of the vote, Friedman placed fourth in the five-person race.

Born in Chicago to Jewish parents, Dr. S. Thomas Friedman and Minnie Samet Friedman, Friedman moved with his family to a ranch in central Texas during his childhood. He had a keen interest in both music and chess at an early age. Friedman was chosen when he was 7 to be one of 50 local chess players to challenge U.S. grand master Samuel Reshevsky to simultaneous matches in Houston. While Reshevsky won all 50 matches, Friedman was by far the youngest competitor.

Friedman graduated from Austin High School in Austin, Texas in 1962 and graduated from the University of Texas at Austin in 1966 with a Bachelor of Arts, majoring in Psychology while participating in the Plan II Honors program. He is also a member of the Tau Delta Phi fraternity. It was during his freshman year at the university that Chinga Chavin gave Friedman the nickname "Kinky," in reference to Friedman's curly hair.

Friedman then served two years with the Peace Corps on the island of Borneo in Malaysia with John Gross. He has been featured in the news including 60 Minutes on CBS and made an appearance as one of Jay Leno's guests. Friedman lives at Echo Hill Ranch, his family's summer camp near Kerrville, Texas. He also founded Utopia Animal Rescue Ranch, the mission of which is to care for stray, abused and aging animals; more than 1,000 dogs have been saved from animal euthanasia.

Friedman formed his first band, King Arthur & The Carrots while a student at the University of Texas. The band - which poked fun at surf music - recorded only one single in 1966 (Schwinn 24/Beach Party Boo Boo).

By 1971, Friedman had formed his second band, Kinky Friedman and the Texas Jewboys. In keeping with the band's satirical nature, each member had a comical name: in addition to Kinky there was Little Jewford, Big Nig, Panama Red, Wichita Culpepper, Sky Cap Adams, Rainbow Colours, and Snakebite Jacobs. Friedman's father objected to the name of the band, calling it a "negative, hostile, peculiar thing", which gave Kinky even more reason to choose the name.

Arriving on the wave of country rock following on from Gram Parsons, The Band, and the Eagles, Friedman originally found cult fame as a country and western singer. His break came in 1973 thanks to Commander Cody, who contacted Vanguard Music on his behalf. Friedman released Kinky Friedman in 1974 for ABC Records, then toured with Bob Dylan in 1975-6. His repertoire mixed social commentary ("We Reserve The Right To Refuse Service To You") and maudlin ballads ("Western Union Wire") with raucous humor (such as "Get Your Biscuits In The Oven And Your Buns In Bed"). His "Ride' em Jewboy" was an extended tribute to the victims of the Holocaust.

He made a race baiting song, "They Ain't Makin' Jews Like Jesus Anymore," a song in which Kinky verbally and physically beats up a drunken white person he deems "racist" who fictitiously berates African Americans, Jews, Greeks, and Sigma Nus in a bar.

Other Friedman tunes include "The Ballad Of Charles Whitman," in which Friedman lampooned Whitman's sniper attack from the University of Texas tower on August 1, 1966. His cover of Chinga Chavin's "Asshole From El Paso", a parody of Merle Haggard's "Okie From Muskogee" is, perhaps, his most famous song.

In early 1976 he joined Bob Dylan on the second leg of the Rolling Thunder Revue tour.

Friedman was a musical guest on Saturday Night Live in October 1976.

It has been reported by Mr. Friedman himself that he is the only artist known to have taped an unaired episode of Austin City Limits. He has also claimed to have been the first full-blooded Jew to take the stage at the Grand Ole Opry.

In February, 2007 Sustain Records released a compilation of the songs of Kinky Friedman sung by other artists called Why the Hell not... The compilation includes contributions by Dwight Yoakam, Willie Nelson, Lyle Lovett, and Kelly Willis.

On July 20, 2007 Kinky Friedman hosted the "Concert to Save Town Lake" to honor the memory of Lady Bird Johnson and her efforts to protect and preserve the shores of Town Lake in Austin, Texas.

The Loneliest Man I Ever Met

The Best Of Kinky Friedman

From One Good American To Another

Under The Double Ego (Vinyl)