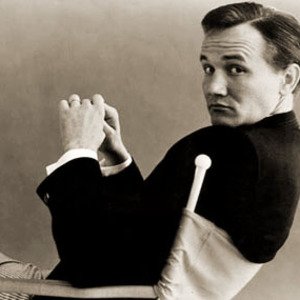 Roger Miller is a name of at least two musicians: 1. A country music singer/songwriter from Oklahoma, USA 2. An alternative rock singer/songwriter from Massachusetts, USA 1) Roger Dean Miller (b. 2 Jan 1936 - d. 25 Oct 1992), was an American singer-songwriter, musician and actor, best known for his honky tonk-influenced novelty songs. His most recognized tunes included the chart-topping country/pop hits "King of the Road", "Dang Me" and "England Swings", all from the mid-1960s Nashville sound era.

1) Roger Dean Miller (b. 2 Jan 1936 - d. 25 Oct 1992), was an American singer-songwriter, musician and actor, best known for his honky tonk-influenced novelty songs. His most recognized tunes included the chart-topping country/pop hits "King of the Road", "Dang Me" and "England Swings", all from the mid-1960s Nashville sound era.

After growing up in Oklahoma and serving in the United States Army, Miller began his musical career as a songwriter in the late 1950s, penning such hits as "Billy Bayou" and "Home" for Jim Reeves and "Invitation to the Blues" for Ray Price. He later started a recording career and reached the peak of his fame in the late-1960s, but continued to record and tour into the 1990s, charting his final top 20 country hit "Old Friends" with Willie Nelson in 1982. Later in his life, he wrote the music and lyrics for the 1985 Tony-award winning Broadway musical Big River, in which he also acted.

Miller died from lung cancer in 1992, and was posthumously inducted into the Country Music Hall of Fame three years later. His songs continued to be recorded by younger artists, with covers of "Tall, Tall Trees" by Alan Jackson and "Husbands and Wives" by Brooks & Dunn, each reaching the number one spot on country charts in the 1990s. The Roger Miller Museum in his home town serves as a tribute to Miller.

Although usually grouped with country music singers, Miller's unique style defies easy classification. Many of his recordings were humorous novelty songs with whimsical lyrics, coupled with scat singing or vocalese riffs filled with nonsense syllables. Others were sincere ballads, which also caught the public's fancy, none more so than his signature song, "King of the Road." The biographical book Ain't Got No Cigarettes described Miller as an "uncategorizable talent", and stated that many regarded him as a genius.

On his own personal style, Miller remarked that he "tried to do" things like other artists but that it "always came out different" so he got "frustrated" until realizing "I'm the only one that knows what I'm thinking." He commented that the favourite song that he wrote was "You Can't Rollerskate in a Buffalo Herd." Johnny Cash discussed Miller's bass vocal range in his 1997 autobiography. He commented that it was the closest to his own that he had heard.

1) Roger Miller (b. 1968), is an American singer, songwriter and multi-instrumentalist best known for co-founding the groups Mission of Burma and Birdsongs of the Mesozoic.

His main instruments are guitar and piano. Guitar Player magazine describes Miller's guitar playing as balancing rock energy with cerebral experimentation, while his keyboard work has earned comparisons to B?la Bart?k and even Cecil Taylor.

Born in Boston, Miller was raised in Ann Arbor, Michigan. Inspired by Jimi Hendrix and Detroit-area bands like the Stooges and the MC5, Miller formed several garage bands in his teens. With brothers Benjamin (Ben) Miller and Laurence B. (Larry) Miller, he formed Sproton Layer; their recordings were collected and released in 1992 as With Magnetic Fields Disrupted. Miller played bass guitar and was the primary singer and songwriter, and the ongoing collaboration M3. Attending CalArts in 1976, majoring in composition, Miller also studied piano and French Horn, and studied music by 20th century experimental composers like John Cage and Karlheinz Stockhausen. He would eventually drop out of college in favor of punk rock.

Relocating to Boston, Massachusetts, Miller was a member of the short-lived Moving Parts before co-founding Mission of Burma in 1979. The group was popular in and around Boston, but was unable to expand their audience. Miller played guitar and sang, and slightly edged out bassist/singer Clint Conley as the more productive songwriter. It was also Miller's idea to invite Martin Swope to join the group and add tape loop effects, giving the group an unusual, experimental sound.

During the Burma years, Miller worked as a freelance piano tuner.

After Burma broke up, Miller turned his attention to playing piano with the more experimental, instrumental group Birdsongs Of The Mesozoic, which he left in 1987. Afterwards, Miller had several collaborations, solo efforts and film scores; many of these post-Burma albums were released by Sst Records.

The Very Best Of Roger Miller

The World Of Roger Miller