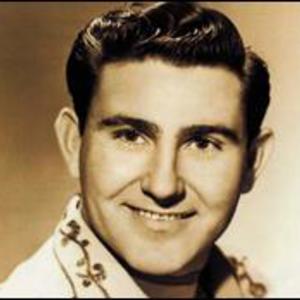 Born Webb Michael Pierce in West Monroe, Louisiana, he became a star performer on the Louisiana Hayride and one of country music's most popular honky tonk songsters. He was a regular performer on the Grand Ole Opry in Nashville, Tennessee. His biggest hit, 1953's "There Stands the Glass" is regarded as one of country's all-time classic "drinking songs". Other hits included "Backstreet Affair", "Why, Baby, Why", ?Oh, So Many Years", and ?Finally?, the latter two being duets with Kitty Wells.

In addition to his music, Pierce was known for his lavish Nashville mansion, which featured a guitar-shaped swimming pool, among other truly bizzare and amazing things.

Webb Pierce has a star on the Hollywood Walk of Fame and in 2001 he was elected to the Country Music Hall of Fame .

He died of pancreatic cancer in 1991 and was buried in the Woodlawn Memorial Park Cemetery in Nashville.

Pierce's song, "More and More" was played in the title credits of 2006 horror film The Hills Have Eyes.

The Millennium Collection: The Best Of Webb Pierce

King of the Honky-Tonk