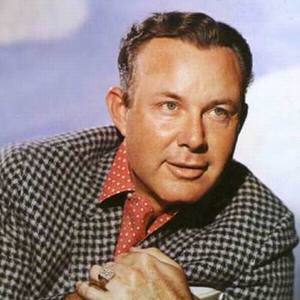 Jim Reeves (1923 - 1964), known affectionately as 'Gentleman Jim', was a country singer known for his velvety voice. Through his unique style, which fused the laidback style of crooners such as Frank Sinatra and Bing Crosby with country material, he brought country music to a whole new audience. He was also one of the first to bring country music to places outside of America, gaining widespread popularity in Britain, Europe, South Africa and India.

His prolific career was cut tragically short in 1964 by a plane crash. However, even after his death, his popularity did not wane and he continued to have hits some years after his death, with previously unreleased songs and remastered earlier material.

Added 01: One interesting fact was that he recorded an album in Afrikaans for Afrikaners in South Africa. How do I know? I bought the LP many years ago.

The Unreleased Hits Of Jim Reeves