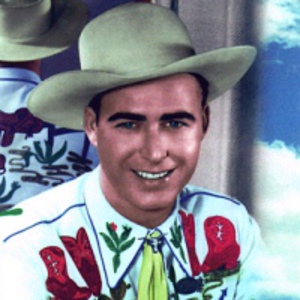 Johnny Horton had several top ten songs in the late 50's and early 60's and was on the verge of becoming one of the top stars of the 60's when he met with tragedy. He was born John Gale Horton in Los Angeles in 1925. He was raised in Tyler, Texas. Horton worked in the fishing industry in Alaska and California, and attended Seattle University. He worked for a while as a carpenter, and played basketball at Baylor University.

He was born John Gale Horton in Los Angeles in 1925. He was raised in Tyler, Texas. Horton worked in the fishing industry in Alaska and California, and attended Seattle University. He worked for a while as a carpenter, and played basketball at Baylor University. He worked at a local radio station in East Texas and at the Hometown Jamboree in California. He did some recording with little success for the Abbott, Mercury, and Dot labels and picked up the nickname the Singing Fisherman. Horton became a regular on the Louisiana Hayride.

Johnny married Billie Jean Jones, the widow of country music legend Hank Williams. He sang country songs and signed a recording contract with Columbia, where he would achieve his greatest success. Some of his first hits included Honky Tonk Man, I'm A One-Woman Man in 1956, Coming Home in 1957 and All Grown Up in 1958. He topped the country charts in 1959 with When It's Springtime In Alaska.

Johnny Horton then began to record a series of saga songs that crossed over to the pop charts. He covered Jimmy Driftwood's The Battle Of New Orleans in 1959. The song topped the country charts and it reached number one on the pop charts, where it remained for a solid six weeks. The song was a tribute to the final battle of the War of 1812. He also recorded Sink The Bismarck in 1960, a song that was suggested by the film of the same title; it went top ten country and pop. Johnny Horton was a star. He sang the title song for the John Wayne movie North To Alaska and it too made the top ten in both charts during the same year.

On November 5, 1960, while North To Alaska was still climbing the charts, Horton was killed in an automobile accident in Milano, Texas following an appearance at the Skyline Club in Austin. He is buried in Hillcrest Cemetary in Haughton, LA.

Following Horton's death some of his earlier hit songs made the charts once again. Albums of his recordings were compiled and issued in the 50's, 60's, 70's and 80's, and they are still selling.

His biography was published in 1983 under the title Your Singing Fisherman.