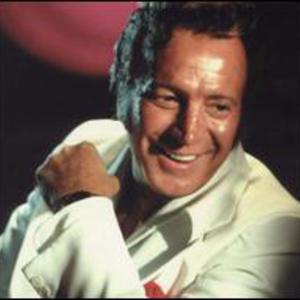 Ferlin Husky (born December 3, 1925 in Flat River, Missouri. Died March 17, 2011 in Westmoreland, Tennessee) was an American singer who had become well-known as a country-pop chart-topper under various names, including Terry Preston and Simon Crum. In the 1950s and 60s, Husky had several hits, including "Gone" and "Wings of a Dove", both number ones on the country charts. As a member of the United States Merchant Marine, Husky entertained the troops on his ship in World War 2.

As a member of the United States Merchant Marine, Husky entertained the troops on his ship in World War 2. After the war, Husky became a DJ in Missouri and Bakersfield, California, where he began using the moniker Terry Preston in order to hide his rural roots. He also recorded " Gone " under the name of Terry Preston and was a semi-hit.. He re-recorded it in later 50's and was a hit.. As a honky tonk singer, Husky signed with Capitol Records in 1953 under the guidance of Cliffie Stone, also the manager for Tennessee Ernie Ford. With Capitol Records, he reverted to his given name. A few singles failed before "A Dear John Letter" with Jean Shepard became a #1 hit. The followup was called "Forgive Me John".

In 1955, Husky had a solo hit with "I Feel Better All Over (More Than Anywhere's Else)"/"Little Tom", and developed Simon Crum as a comic alter ego. As Crum, Husky signed a separate contract with Capitol Records and began releasing records, the biggest of which was 1959's "Country Music is Here to Stay" (No. 2 for three weeks).

In the late 1950s, Husky had a long string of hits, including the #1 "Gone", (he first recorded Gone as Terry Preston in 1952) and he began an acting career on the Kraft TV Theatre program and the film Mr. Rock & Roll. Bob Ferguson's "Wings of a Dove" became his biggest hits, topping the country charts for ten weeks and attaining #12 on the pop charts. Although he didn't have any more number 1's, between 1961 and 1972 he had over two dozen hits with the biggest of which being the Top 5's, "Once" (1967) and "Just For You" (1968). In late 1972, after over 20 years with Capitol Records, Ferlin signed with ABC Records, where he scored several Top 40 hits into 1975 with the biggest of his hits there being the Top 20 "Rosie Cries A Lot" (1973). Ferlin briefly retired in 1977 following heart surgery but resumed touring after that. He remains a popular concert draw, performing at the Grand Ole Opry and elsewhere.

The Way It Was

The Foster And Rice Songbook (Vinyl)

Your Sweet Love Lifted Me (Vinyl)