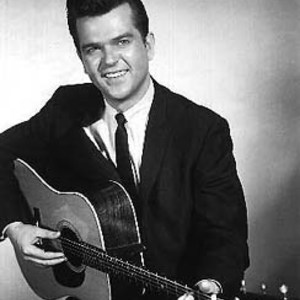 Conway Twitty (1 September 1933 ? 5 June 1993), born Harold Lloyd Jenkins, was one of the United States' most successful artists of the 20th century. Twitty had the most singles (55) reach Number 1 on various national music charts. Conway Twitty's across the board totals were greater than that of Elvis Presley, Frank Sinatra, the Beatles, and Garth Brooks. Most notably known as a country music singer, Twitty also enjoyed success in early Rock and Roll, R&B, and Pop music (among other genres). He teamed up with Loretta Lynn to form one of country music's most successful business partnerships.

Origin of Jenkins Stage Name--------- Jenkins felt that his real name wasn't marketable, and he changed his show business name in 1957. (Harold Lloyd Jenkins would always remain his legal name, however). Looking at a road map, he spotted Conway, Arkansas and Twitty, Texas. Thus, he went with the professional name of "Conway Twitty".[citation needed]

Alternatively, Jenkins met a Richmond, VA, man named W. Conway Twitty Jr. through Jenkins' manager in a New York City restaurant. The manager served in the army with the real Conway Twitty. Later, the manager suggested to Jenkins that he take the name as his stage name because it had a ring to it. The Richmond Conway Twitty subsequently recorded the song, "What's in a Name But Trouble," in the mid-1960s, lamenting the loss of his name to Jenkins. The flip side of the 45 RPM record was "The Purple, Purple People Eater, Eater." (The more well known version of Purple People Eater, however, now having sold over 100,000,000 copies, was recorded by Sheb Wooley.)

Lost In The Feeling