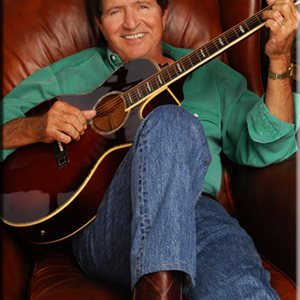 Mac Davis is perhaps best known for his role in North Dallas Forty in 1979, alongside Nick Nolte. He also had his own TV variety show in the 1970's. He was born in Lubbock, Texas on January 21, 1942, where he was raised. As a singer/songwriter, he wrote "In the Ghetto" and "A Little Less Conversation", both made popular by Elvis Presley. His "I Believe in Music" is likely his most attributed song.

His most popular song may be "Texas in My Rear View Mirror" which is somewhat autobiographal since he was raised in Lubbock and left there to make it big, only to return later a much wiser man. "Watchin' Scotty Grow" was written for his son, and is better known in the recording made popular by singer Bobby Goldsboro.
Mac Davis was inducted into the Songwriter's Hall of Fame in 2006.

It's Hard To Be Humble (Vinyl)

Stop And Smell The Roses (Vinyl)

Baby Don't Get Hooked On Me

I Believe In Music (Vinyl)