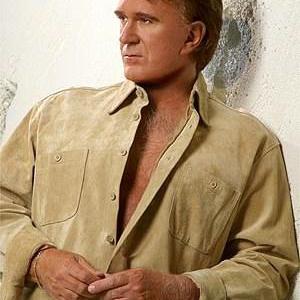 T. G. Sheppard (born Billy Neal Browder (after his father, Billy Browder), 20 July 1944, Humboldt, Tennessee) is an American country music singer. He never graduated from high school, but was one credit away from doing so. He ran away from his home at the age of 15 to become involved in the music industry in Memphis, Tennessee. Initially he worked in the record business and tried recording pop music under the name, Brian Stacy.

In 1974, Sheppard signed with Melodyland (later Hitsville) Records, which was a short-lived country label that was owned by Motown Records, and recorded the song "Devil in the Bottle," which became a No. 1 hit on Billboard's Hot Country Singles chart and also became a Top 60 Pop hit in 1975. The follow-up, "Tryin' to Beat the Morning Home," also went to No. 1 and cracked the Top 100 during the summer of 1975. Several subsequent releases during 1975-1977 also made the Top 10 like "Motels and Memories" and "Show Me A Man".

Early in his career, TG became close friends w/Elvis Presley. Elvis gave TG his first tour bus and TG even lived at Graceland for a while during their friendship. A relative of TG's at a performance of his in his hometown of Humboldt, TN gave a first-hand account of TG mentioning the recent passing of his friend, Elvis, beginning to honor him by singing one of Elvis' songs, & having to leave the stage to compose himself before returning to finish the song. TG & Elvis were very close.

In 1985, he moved from Warner Bros. to Columbia Records, where he continued to enjoy success. After just missing the top 20 with "Fooled Around and Fell in Love" (a remake of the Elvin Bishop hit), he returned to the top 10, with his biggest success during this time frame coming with 1986's "Strong Heart" (the last of his 14 No. 1 hits, as it turned out). Three more songs peaked at No. 2 in 1987: "Half Past Forever (Till I'm Blue in the Heart)," "You're My First Lady" and "One for the Money."

Sheppard's success continued until about 1988, when rootsy neo-traditionalist artists began to eclipse more polished pop-country artists like Sheppard on the country charts. He continued to tour and play throughout the 1990s, but did not sign a new record contract, and did not release any new material until his 2002 live release, T.G. Sheppard: Live at Billy Bob's, which found Sheppard performing his classic hits for an enthusiastic crowd at the famed honky tonk in Fort Worth, Texas.

He has a new CD out called "Timeless" which has him singing songs from the big band era. In the mid to late 1980's T.G. Sheppard was an associate sponsor on the #25 Folgers Chevrolet driven on the Nascar Winston Cup circuit by Tim Richmond and Ken Schrader. In 1990 the Folgers sponsorship moved to Roush racing and driver Mark Martin.

TG is married to a fellow song-writer / singer, Kelly Lang, and they currently reside in Hendersonville, TN

It Still Rains In Memphis (Vinyl)