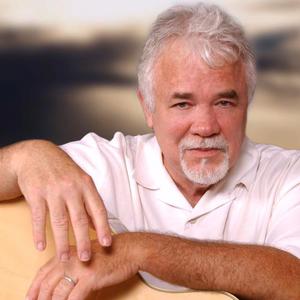 Gary Morris (born December 7, 1948) is an American country music singer and theater actor who enjoyed a string of Countrypolitan hit songs throughout the 1980s. He is best known for the 1983 ballad "Wind Beneath My Wings." He later became a successful theater actor. Gary Morris was born as Gary Gwyn Morris in Ft. Worth, Texas in 1948. He had two siblings, a twin sister and a younger brother. Even though Morris was best known for pop-oriented hits, he was descended from a long line of traditional country singers who sang hard-twang roots country as well as gospel.

Gary Morris was born as Gary Gwyn Morris in Ft. Worth, Texas in 1948. He had two siblings, a twin sister and a younger brother. Even though Morris was best known for pop-oriented hits, he was descended from a long line of traditional country singers who sang hard-twang roots country as well as gospel. While in the third grade, Morris and his sister won a talent show contest by singing their rendition of the Rosemary Clooney pop hit "This Old House." Morris was very athletic in high school and played four sports there, leading to a scholarship with Cisco Junior College in Texas.

Around the same time, however, music began to fascinate Morris, and rather than play sports he decided instead to move to Colorado and try a career in music. He and two friends formed a trio and began singing. When the band asked a Colorado Springs bartender if they could get up on the bandstand and perform a few songs, the audience's response (and tips) convinced Morris to put his college plans on hold to pursue a performing career. During this time, Morris made a living singing in nightclubs around Denver, Colorado. He also wrote a few commercial jingles for Frontier Airlines.

In 1976, when presidential candidate Jimmy Carter was running for office, Morris signed on with the campaign and sang at fundraisers for him. After Carter won the election, Morris performed at the White House, and in the audience was Nashville Country music producer Norro Wilson. Later on, Morris presented Wilson with a demo tape, and Wilson liked what he heard. In no time, Morris was signed to Wilson's label, Warner Bros. Records.

Morris began recording for Warner Bros. and in 1981 he finally landed his first Top 10 country hit with "Headed for a Heartache." The following year he had two more Top 20 country hits, "Don't Look Back" and "Dreams Die Hard." These hits were all up-tempo tracks, a format which seemed to be working well for Morris, but he decided to focus on a slower pace after that. In 1983 he released his "ballad" album called Why Lady Why. It yielded several radio hits including the title track, "Velvet Chains," and "The Love She Found in Me," but none so successful as the smash hit "The Wind Beneath My Wings," which immediately became his signature song ? and still remains so today. (The song was later popularized even more when singer Bette Midler covered it for her 1988 film Beaches.)

The year 1983 proved to be one of the busiest and most successful for Morris in the country music industry. In addition to releasing a best-selling album, he revived the career of '70s country recording artist Lynn Anderson with their duet called "You're Welcome to Tonight," which became a Top 10 hit. The next year Morris won a spate of awards for his achievements and appeared as a guest on several daytime and primetime television shows as well.

Not content to rest after this initial success, Morris continued recording and set his sights even higher. In 1984 he saw his first #1 country hit with the single "Baby Bye Bye" and achieved two other top ten hits with "Second Hand Heart" and "Between Two Fires." The following year brought Morris a second #1 with "I'll Never Stop Loving You." He also lent his voice to soundtrack work, recording a duet with songbird Crystal Gayle called "Another World," which was used as the theme song for the American soap opera of the same name. Morris also had another big hit with "Lasso the Moon" from the western comedy film Rustlers' Rhapsody.

Morris's songs during this era were mainly pop-oriented country tunes, part of a popular movement in country music at that time which came to be known as Countrypolitan. It used an "urban cowboy" approach, adding the glossy production typical of pop music to what were essentially country numbers. Other examples of this sound were artists such as Larry Gatlin, Janie Fricke, Crystal Gayle, Kenny Rogers, Dolly Parton, Alabama, and Eddie Rabbitt. Some of these acts even had crossover success onto the pop music charts, although Morris never had the fortune there that some of his counterparts did.

Gary Morris continued to generate a string of hits that refused to dry up until the late 1980s. More charting singles from this period include "Honeycomb," "100% Chance of Rain," "Finishing Touches," and "Leave Me Lonely," his last #1. Morris scored his final hit with "Plain Brown Wrapper" in 1987. After that, his success on the country charts quickly faded as a wave of New Traditionalist artists ? chief among them George Strait, Dwight Yoakam, and Randy Travis ? spurred a return to the genre's roots in honky tonk and western swing, sending the once-popular Countrypolitan fad into rapid decline. But not before Morris had scored an overall career sixteen Top 10 country hits for himself.

After his career in country music ended, Morris decided to move right along into another career. This time, he chose acting. One of his first roles came when he was cast in the much-coveted lead role of Jean Valjean in the traveling production of Les Mis?rables, the celebrated Boublil-Sch?nberg stage adaptation based on the Victor Hugo novel about the French revolution. Featuring Gary's now-famous version of "Bring Him Home," the full symphonic recording of Les Mis?rables became a platinum-selling, Grammy Award-winning album. Theater proved a successful medium for Morris; in addition to Les Mis, he appeared in a production of Puccini's opera La Boh?me with fellow country singer Linda Ronstadt.

Throughout the 1990s he spent time working on various music projects, like the PBS special concert production in Moscow, Russia in the famous Tretyakov Gallery. He hosted and produced the Nashville Network's top-rated "The North American Sportsman" program. He also returned to performing concerts of his country hits and even tried his hand at record producing.

Today, Gary Morris spends much time at his fishing resort lodge in southern Colorado called the Mountain Spirit Lodge. He currently has four children (all boys), and his song Matthew is also a singer.

Bring Him Home & Other Prayers