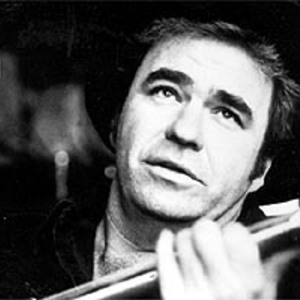 Hoyt Wayne Axton (b. 1938 - d. 1999 ) , was a popular American folk/country/ pop singer born in Duncan Oklahoma and who died at age 61 in Bitteroot Montana. He achieved platinum success as a solo act & songwriter in the music biz, but also eventually turned movie and tv actor. His best known roles were as the protagonist's father in the 80's children's films "Gremlins" and "The Black Stallion". His behind the scenes accomplishments included penning Three Dog Night's biggest song "Joy To The World" and many other hits for acts such as Ringo Starr and Cher during his heyday in the 60's and 70's.

The young Hoyt was an All-American athlete replete with football scholarship to Oklahoma State University, which he soon left to join the U.S Navy. During his military stint he was the heavyweight champion boxer in his task force division of 35 ships.

After serving in the armed forces, he arrived in Nashville with a guitar on a tip from his mother Mae Boren Axton (who co-wrote Heartbreak Hotel for Elvis Presley). Hoyt soon split Tennesee for California's burgeoning folk scene during the early 60's. He played the clubs in San Francisco's North Beach and made the scene in L.A as well.


Roger McGuinn remembered Hoyt Axton as a struggling singer who taught him a tune backstage in 1962 at the Troubadour in L.A. "We recorded it live at the Troubadour later that week, and when it came out, I was surprised to see the credit "Here as well is the delightful Australian folk ballad, Brisbane Ladies, on which Jimmy McQuinn of the Chad Mitchell Trio harmonizes with Hoyt." In spite of the misspelled name, I was glad to have been able to sing with Hoyt. I really loved the song too!" The song appeared on Hoyt's debut LP for the Horizon label, McGuinn later formed The Byrds with David Crosby.

Axton's songwriting prowess was eventually noticed after the Kingston Trio recorded Greenback Dollar in 1963 just hours after seeing Axton live. The song eventually appeared on 3 Billboard charting albums but Hoyt made a mere $800.00 from the song..."I was just a kid with a guitar living in a car... How could I sue when the whole point of the song was how I didn't give a damn about a greenback dollar?"

In the late 60's Steppenwolf eventually recorded Axton's The Pusher and Snowblind Friend, two dramatic denouncements of the dark side of drug use. John Kay, a young aspiring singer and dishwasher also used to see Axton perform in the early 60's around L.A. He later told Axton, 'When you sang 'The Pusher,' I'd come out of the kitchen with a towel in my hand, saying that if I ever get a band, I'm gonna record that song'."


The Pusher, in particular, paid off at a good time for Hoyt: "I had two houses, three kids, two cars, $400 in the bank and bills to pay. The bank repossessed the Mercedes-Benz, and said I'd never get credit again," he remembers. "One Saturday morning, I went to the mailbox and there was a check for $14,000 for the use of the song in the film Easy Rider".

Hits like "Never Been To Spain" ("but i kinda like the music") and "The No Song" ("No, no, no, I don't smoke it no more") which went to number three on the U.S. charts for the newly solo Ringo Starr helped keep the money rolling in.

His songs seemed to showcase his optimism and singular sense of humor. A version of Joy to The World by Three Dog Night became the biggest selling record of 1971 ("Jeremiah was a bullfrog..."). Axton's own singing hits included "Boney Fingers" ("Work your fingers to the bone, what do you get? Boney fingers"). "When the Morning Comes", a duet he recorded with Linda Ronstadt from 1974's Life Machine album, which went to number one on the Canadian charts.

As the singer songwriter trend dried up in the latter 70's Axton continued to record for his own label Jeremiah, beginning in '78. 1979's " Rusty Old Halo" album produced his last two major hits, " Della and the Dealer" and the title track.

Axton had numerous negative music business dealings with many labels and by the early nineties his work on Horizon, A&M, Vee-Jay and MCA was mostly left out of print by short sighted label execs. Maintaining a steady concert schedule was a priority throughout the seventies and eighties that found Axton playing as many as 300 dates a year. He also got in front of the camera, first guesting on "Bonanza" in the 1960's, and then eventually on dozens of TV programs including : "Hootenanny", "Hee-Haw", "Diff'rent Strokes","The Dukes of Hazzard", "Trapper John MD","WKRP in Cincinatti" as well as popular feature films like "The Black Stallion" and "Gremlins". His voice was used in TV commercials for Busch beer, Pizza Hut, and even McDonald's where he was the singing lumberjack who introduced the then-new Big Mac. Hoyt reportedly liked doing commercials so much he didn't even consider it work. He also did voiceover narration for educational films. He bought his ranch in Montana, after playing a sheriff in the movie ''Disorganized Crime,'' filmed there in 1988.

He suffered a debilitating stroke in 1996, and a then suffered a demoralizing medical marijuana bust in 1997 for which he received a three year deferred sentence and was fined $15,000. His health was not good these last few months, including advanced complications from diabetes, spending most of his time in a wheelchair. Axton finally passed away a few days after suffering a heart attack during surgery in a Bitteroot Montana hospital.

A spokesperson for the Academy of Country Music told Associated Press after his death "There was nobody that didn't like Hoyt".

Joy To The World / Country Anthem

A Rusty Old Halo / Where Did The Money Go