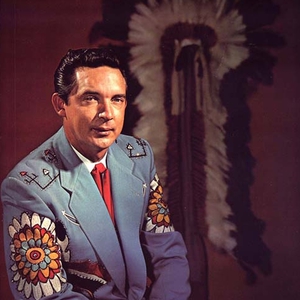 Price hit Nashville in the early 1950s, rooming for a short time with Hank Williams. When Williams died, Price took over Williams' band, the Drifting Cowboys, and had minor success. He was the first artist to have a hit with "Release Me" (1953), a song made famous by Engelbert Humperdinck in 1967. However, Price became one of the stalwarts of the grinding, honky tonk music that became even more popular in the early 1950s with such singers as Hank Williams, Lefty Frizzell, Webb Pierce and others.

Price developed the famous "Ray Price Shuffle Beat" that is heard on "Crazy Arms," which served as the beat for many honky-tonk classics since then.
In 1953, Price formed his famous band, the Cherokee Cowboys. Among its members in the late 1950s and early 1960s were Roger Miller, Willie Nelson and Johnny Paycheck. In fact, Miller wrote one of Ray Price's classics in 1958, "Invitation to the Blues," and sang harmony on the recording. In addition, Nelson penned the Ray Price classic, "Night Life."
[edit]Later career

Price disappeared off the country music scene in the 1960s, but emerged with another hit, the Kris Kristofferson classic, "For the Good Times," which featured a more mellow Price backed up by sophisticated musical sounds, quite the opposite from the honky-tonk sounds Price pioneered two decades before. Today he is singing Gospel music and has recorded such songs as "Amazing Grace," "What A Friend We Have in Jesus," "Farther Along," and "Rock of Ages"[1].
In 2005, Price was living near Dallas and still travelling to concerts throughout the country.