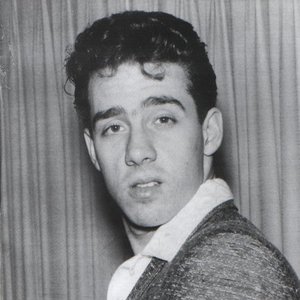 Jack Scott (Giovanni Sacfone Jr) was born January 24, 1936 in Windsor Ontario, Canada, and raised in Detroit, an Italian hillbilly who worshipped Hank Williams, and became a rock and roll star. His first album, entitled Jack Scott. One of the first album recorded in stereo, it contained a mixture of rockabilly and ballads of which 10 were Scott's own compositions. Recording for Carlton he came up with a rocking song about a friend in prison titled Leroy. The other side of the record was a sad ballad called My True Love.

Recording for Carlton he came up with a rocking song about a friend in prison titled Leroy. The other side of the record was a sad ballad called My True Love.
Both songs were a smash in the Summer of 1958, the first going to #11 and the other as far as number 3 in Billboard's and made the Top Ten in Britain.

He followed it with Geraldine backed by With Your Love, the latter of which was a minor hit, With Your Love made Number 28 in the US later that year, Goodbye Baby peaked at Number 8 early in 1959 and was followed by The Way I Walk, a Top Forty hit that Robert Gordon revived in 1978.

Scott transferred to the new Top Rank label in 1959 and scored another huge success in the New Year with "What In The World's Come Over You." The song gave Scott his second gold disc, reaching Number 5 in the USA and Number 6 in the UK. Further successes followed Burning Bridge" (Number 3), Cool Water"/"It Only Happened Yesterday" but Scott was by then being steered towards a mainstream country style.

Listen and compare Jack's Blues stay away from me with Bob Dylan's, Rainy Day Woman Numbers 12 and 35. Coincidence!?

The Way I Wallk