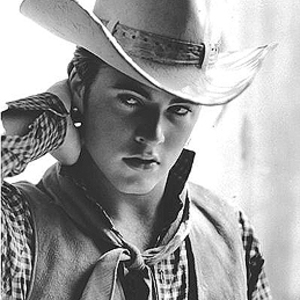 Eric Hilliard "Ricky" Nelson, later known as Rick Nelson (May 8, 1940 ? December 31, 1985), was one of the first American teen idols. Born in Teaneck, New Jersey, he was the younger son of Ozzie Nelson, the leader of a big band, and Harriet Hilliard Nelson, the band's singer. Along with brother David Nelson, the family starred in the long-running radio and television series The Adventures of Ozzie & Harriet from 1944 to 1954 on the radio, and 1952 to 1966 on television.

However, David and Ricky Nelson did not join the cast until 1949; for the first five years of the radio show, the sons were played by professional actors.
Ricky Nelson began a rock and roll music career in 1957. He recorded his debut single, the Fats Domino song "I'm Walkin'", seeking to impress a date who was an Elvis Presley fan ? Nelson's first song was a hit, reaching #4 on the charts. Soon, each episode of the Ozzie & Harriet television show ended with a musical performance by "Ricky".
Despite the promotional aspects of his career, it is clear that Nelson knew and loved music, and was a credible performer before he became a teen idol, largely due to his parents' musical background. Unlike many teen idols of the time, Nelson showed his personal taste in working with strong musicians, including James Burton, Joe Maphis, The Jordanaires, and Johnny and Dorsey Burnette.
From 1957 to 1962, Nelson had 30 top 40 hits, more than any other artist at the time, except Elvis Presley. Many of Nelson's early records were double hits with both the A side and the B side hitting the Billboard charts. When Billboard introduced the Hot 100 chart on August 4, 1958, Nelson's single "Poor Little Fool" became the first song ever in the #1 position on that chart.