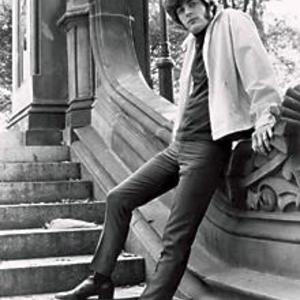 Tommy James (born Thomas Gregory Jackson, 29 April 1947, Dayton, Ohio) is an American pop-rock musician, singer, songwriter, and record producer, best known as leader of the 1960s rock band Tommy James and the Shondells. Tommy currently resides in Monroe, Wisconsin. In 1958, when Tommy was eleven, his family moved to Niles, Michigan. In 1959, when he was twelve, James formed his first band called Tom and the Tornadoes. In 1963, the band changed their name to The Shondells. By 1964, a local DJ at WNIL radio station in Niles formed his own record label, Snap Records.

The Shondells were one of the local bands the DJ recorded at WNIL studios. One of the songs was the Jeff Barry and Ellie Greenwich ditty "Hanky Panky," which was recorded as The Raindrops. The song was a hit locally, but the label had no resources for national promotion and it was soon forgotten.
In 1965, a DJ in Pittsburgh, Pennsylvania, found a copy of "Hanky Panky" and played it as a station "exclusive." Listener response was positive, with many wanting to know where they could get a copy of the "new" single. Another DJ started playing the song at local dance parties. Responding to the demand, a local bootlegger taped the song off the radio and began pressing copies of it. Eventual sales of the bootleg were estimated at 80,000. Pittsburgh DJ "Mad Mike" Metro tracked down Tommy James and informed him that his record was No. 1 in the city. James almost hung up on Metro, but was convinced to come to Pennsylvania and make appearances promoting the surprise hit. Soon, James was in New York, selling the original master of "Hanky Panky" to Roulette Records. By the late summer of 1966, it was the top-selling single in the nation.
The Shondells had long since broken up, and did not wish to reform in order to travel to Pittsburgh. James flew there solo, and hired a local band named The Raconteurs to become the replacement Shondells. The group needed a follow-up and selected a song called "Say I Am (What I Am)". Although not as successful as "Hanky Panky", it reached #21 on the charts later in the same year.
Roulette assigned songwriters Richie Cordell and Bob King the task of writing songs for Tommy James & The Shondells. From 1967 to 1969, the group turned out hit after hit on the Roulette label, including six more that made it to the top ten: "I Think We're Alone Now", "Mirage", "Mony Mony", "Crimson and Clover" (the group's second and final U.S. #1 hit), "Sweet Cherry Wine", and "Crystal Blue Persuasion".
Tommy James and The Shondells broke up in 1970. James then went solo and had two further chart hits with "Draggin' the Line" (Written by Bob King) (#4 in 1971) and "Three Times In Love" (#19 (Adult Contemporary #1) in 1980). James has had twenty three gold singles, and nine gold and platinum albums. He also wrote and produced the million-selling 1970 hit "Tighter, Tighter" for the group Alive 'N Kickin' (Written by Bob King).
In October 2007, Tommy James and the original Shondells reunited in a New Jersey studio to record once again.

Tommy James & Christian Of The World