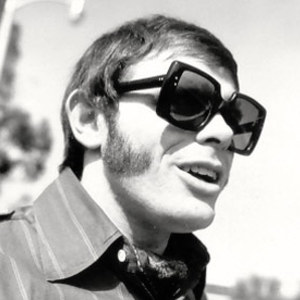 Del Shannon (30 December 1934?8 February 1990) (born Charles Weedon Westover in Coopersville, Michigan) was an American rock and roller who launched into fame with the No. 1 hit "Runaway" (1961) which introduced the musitron, an early form of the synthesizer played by "Runaway" co-writer and keyboard player Max Crook. Shannon followed up with "Hats Off to Larry", another big hit, and the less popular "So Long, Baby", another song of breakup bitterness. "Little Town Flirt", released in 1962 reached #12 in 1963 as did the album of the same name.

Shannon followed up with "Hats Off to Larry", another big hit, and the less popular "So Long, Baby", another song of breakup bitterness. "Little Town Flirt", released in 1962 reached #12 in 1963 as did the album of the same name. After these hits, Shannon was unable to keep his momentum in the US, but became a sensation in England. In 1963, he became the first American artist to record a cover version of a Beatles song with "From Me to You".

Shannon returned to the charts in 1964 with "Handy Man", "Do You Wanna Dance", "Keep Searchin'", and "Stranger in Town" (1965), with the latter two songs themed about flight from pursuit in a dangerous world. A 1966 chart offering was Shannon's cover of the Rolling Stones' "Under My Thumb". In the late 1960s after a dry spell of hits, he turned to production. In 1969 he discovered a group called Smith and arranged their hit "Baby It's You". He then produced his friend Brian Hyland's million seller "Gypsy Woman" in 1970.

In the 1970s, Shannon's career slowed down greatly; the hates and fears he had turned into art in his earlier songs were turning into full-blown mental illness, and he was self-medicating with alcohol. He finally put the bottle down in 1978, and he was able to return to mainstream audiences with "Sea of Love" in the early 1980s from the album "Drop Down And Get Me" produced by Tom Petty.

In December, 1983, Shannon served as Grand Marshal of the Coopersville, Michigan Christmas parade and also performed a benefit concert at Coopersville High School.

Shannon enjoyed a resurgence in audience interest after re-recording a portion of his song "Runaway" (with new lyrics) as the theme for the television program Crime Story. Producer Michael Mann felt that this was one of the definitive songs of the era in which the program was set. Some fans of the show prefer the sharper lyrics ("Some live, and others die") as an alternate to the original words.

On 8 February 1990, while working on a comeback album with Jeff Lynne of Electric Light Orchestra, Shannon fatally shot himself in the head with a .22 calibre rifle. His wife thought his death might have been related to his recent use of the prescription drug Prozac. The album was released after his death and titled "Rock On!".

Shannon is a member of the Rock and Roll Hall of Fame and his pioneering contribution to the genre has been recognized by the Rockabilly Hall of Fame.