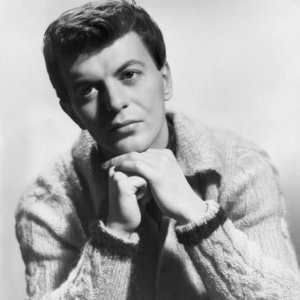 Dion Francis DiMucci (b July 18, 1939) www.diondimucci.com/, better known as Dion, is an American singer-songwriter, now widely recognized as one of the top singers of his era, blending the best elements of doo-wop, pop, and R&B styles. Early years Dion was born to an Italian-American family in the Bronx borough of New York City. As a child, he used to accompany his father, a vaudeville entertainer, on tour, and developed a love of country music ? particularly Hank Williams ? and the blues and doo-wop stars he heard in local bars and on the radio.

Early years
Dion was born to an Italian-American family in the Bronx borough of New York City. As a child, he used to accompany his father, a vaudeville entertainer, on tour, and developed a love of country music ? particularly Hank Williams ? and the blues and doo-wop stars he heard in local bars and on the radio. His singing abilities were honed on the street corners of Crotona Avenue, where he rounded up other local singers inventing acapella licks, and in local clubs.

In early 1957 he auditioned for Bob and Gene Schwartz, who had just formed Mohawk Records. They recorded him with a vocal group, The Timberlanes, and released a single "The Chosen Few", arranged by Hugo Montenegro, which became a minor regional hit.

Schwartz also signed up Dion's friends, The Belmonts, named after nearby Belmont Avenue. Their breakthrough together came in early 1958, when "I Wonder Why" made # 22 on the national US charts, followed up with "No One Knows" and "Don't Pity Me" which were also chart hits.

This success won Dion and the Belmonts a place on the "Winter Dance Party" tour with Buddy Holly, Ritchie Valens and the Big Bopper. On 2 February 1959, after playing at Clear Lake, Iowa, Dion decided that he could not afford the $36 cost of a flight to the next venue [1]. The plane crashed, and Holly and the other stars were killed.

In March 1959, Dion and the Belmonts' next single, "A Teenager In Love", was released, making # 5 in the US pop charts and # 28 in the UK. Their biggest hit, "Where or When", was released in November 1959, and reached #3 on the US charts. However, in early 1960, Dion checked in to hospital for heroin addiction, a problem he had had since his mid-teens. Further single releases for the group that year were less successful, there were musical and financial differences between Dion and members of the Belmonts, and in October 1960 Dion decided to quit for a solo career.

1961 album coverBy the end of 1960, Dion had recorded and released his first solo album, Alone With Dion, and the single "Lonely Teenager", which rose to # 12 in the US charts. Follow-ups "Havin' Fun" and "Kissin' Game" had less success, and the signs were that Dion would drift onto the cabaret circuit. However, he then recorded, with new vocal group the Del-Satins, an up-tempo number co-written with Ernie Maresca. The record, "Runaround Sue", stormed up the charts, reaching # 1 in the US charts in September 1961, and # 11 in the UK, where he also toured.

For the next single, the record company promoted the A-side, "The Majestic", but it was the B-side, Maresca's song "The Wanderer", which received the radio plays and again rose swiftly up the charts, reaching # 2 in the US charts in December 1961 and # 10 in the UK. As a classic oldie, it made the UK top twenty again in 1976.

At the end of 1962, Dion moved from Laurie to Columbia Records, the first rock and roll artist ever signed to that label. Although the first single, Leiber and Stoller's "Ruby Baby", was a big hit, reaching # 2, several follow-ups were less so, although "Donna the Prima Donna" and "Drip Drop" both reached # 6 in the charts in late 1963. Nevertheless, problems with his addiction and changing public tastes did cause him to enter a period of commercial decline.


Changing fortunes, 1964-1968
Following a European tour, Dion returned to the USA and was introduced to classic blues music by Columbia's John Hammond. To the consternation of his management, he began recording more blues-oriented material, including Willie Dixon's "Hoochie Coochie Man" and "Spoonful", but these releases ? some produced by Tom Wilson, with Al Kooper on keyboards - were not commercially successful.

In 1966, Dion briefly reunited with the Belmonts for the album Together Again on ABC Records. Again, this bombed, despite one classic self-penned song, "My Girl The Month Of May". Although by this stage Dion's career appeared to be nearing an end, he retained enough credibility to be, along with Bob Dylan, the only pop artist featured on the album cover of The Beatles' Sgt. Pepper's Lonely Hearts Club Band in 1967.

In April 1968, Dion had a powerful religious experience. After getting clean from drug use, he approached Laurie Records for a new contract, and they agreed on condition that he record the song "Abraham, Martin and John", written by Dick Holler (also the writer of The Royal Guardsmen's "Snoopy Vs. The Red Baron") in response to the assassinations of Martin Luther King and Robert F Kennedy during the summer of 1968. The success of this song ? later recorded by many others including Marvin Gaye ? which reached # 4 in the US charts, resuscitated Dion's career.

Born To Be With You, 1975For the next few years, Dion's music became radically different, moving to more contemplative and mature material. He released several albums essentially as a singer-songwriter, to critical acclaim but moderate sales, moving to the Warner Brothers label in 1969.

There followed a one-off live reunion show with the Belmonts at Madison Square Garden in 1972, released on album. This was followed in 1975 by the album Born To Be With You, eccentrically produced by Phil Spector. The album was a commercial failure, but has been subsequently praised by such artists as Jason Pierce of Spiritualized and Pete Townshend of The Who.

In 1978 Dion released an album drawing on many of his teenage influences, Return of the Wanderer, another critical success and commercial failure. In December 1979 he experienced a life-changing religious experience, documented in this article [1]. Thereafter, his recordings for several years were in a contemporary Christian music vein, in which he released a number of albums on the Dayspring label reflecting his religious convictions.


Recent work
In 1987 Dion agreed to do a concert of his old hits at Radio City Music Hall in New York. This helped free him to celebrate both his past and his future, and led to a series of special appearances, including a fundraiser for homeless medical relief. There he shared the stage with fans such as Bruce Springsteen, Paul Simon and Lou Reed, all of whom cited Dion as one of their prime influences.

In 1988 Dion's autobiography (co-authored by Davin Seay) titled The Wanderer: Dion's Story was published. In the following year, he was inducted into the Rock and Roll Hall of Fame, the induction speech being given by Lou Reed.

In 1989 he returned to secular rock music with the album Yo Frankie, and since then has released several albums with contemporary rock artists. His D?j? Nu album in 2000 found him covering Bruce Springsteen, a major follower over the years.

He joined Scott Kempner of the Del-Lords and Mike Mesaros of The Smithereens in a short-lived band called Little Kings. A live album was later released, but not widely circulated or promoted.

In January 2006 he released Bronx in Blue, an album of blues and country standards, which was critically acclaimed and nominated for a Grammy. As a practicing Catholic, Dion pursues prison ministry and reaches out to men going through addiction recovery.
www.diondimucci.com/
Note There are two artists named Dion, one is Dion Francis DiMucci, the other is John Kerssies, a dutch hiphop producer.

New York Is My Home