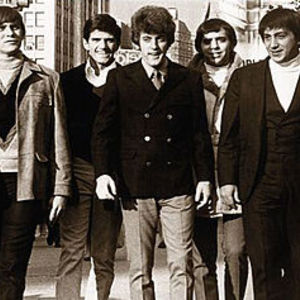 Tommy James and the Shondells is an American Rock and Roll group that was most active in 1960s. They had two number one singles in the U.S. ? "Hanky Panky" (1966) and "Crimson and Clover" (1968) ? but also released five other top ten hits, including "I Think We're Alone Now," "Mony Mony," and "Crystal Blue Persuasion". The band (from Niles, Michigan, USA) initially formed in 1959 as Tom and the Tornadoes, with the then only 12-year-old James as lead singer. In 1963, he renamed the band The Shondells, after one of James's idols, guitarist Troy Shondell.

The band (from Niles, Michigan, USA) initially formed in 1959 as Tom and the Tornadoes, with the then only 12-year-old James as lead singer. In 1963, he renamed the band The Shondells, after one of James's idols, guitarist Troy Shondell. Later in 1963, they recorded the Jeff Barry/Ellie Greenwich song "Hanky Panky" (originally by The Raindrops), which failed to chart. The Shondells disbanded thereafter, until James reformed them early 1966 with Gray, Vale, Rosman and Lucia. Their first single was a re-recording of "Hanky Panky", which surprisingly became a national number one hit in June 1966. At first, Tommy James and his Shondells played straightforward rock and roll (as their first hit proves) but soon became involved in the budding bubblegum music movement. One of their main songwriters these days was Ritchie Cordell who gave them the hits "I Think We're Alone Now" (later a hit for Tiffany) and "Mirage" in 1967.

From 1968, the group members tried themselves as songwriters, with James and Lucia penning the psychedelic classic "Crimson and Clover". The song was also completely recorded and mixed by the two of them, with James taking over vocal duties and playing all instruments, and features the then remarkable use of electronic gadgetry such as vocoders and phasers. Further hits included "Crystal Blue Persuasion", "Sweet Cherry Wine", and "Mony Mony" (1968), written by James (together with Vale) and allegedly inspired by the sign for Mutual Of New York that hung outside his office window. The group carried on with constant success until early 1970, when James became exhausted from the strenuous touring and decided to drop out. His four bandmates carried on for a short while under the name of Hog Heaven but disbanded soon afterwards.

James launched a solo career in 1971 which yielded at least one major hit in "Draggin' the Line" (and "Three Times In Love," a #1 Adult Contemporary single in 1980).

In October 2007, Tommy James and the original Shondells reunited in a New Jersey studio to record once again. And still they are performing live shows.