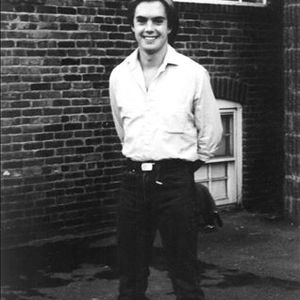 Shaun Paul Cassidy (born September 27, 1958 in Los Angeles, California) is an American singer, actor and TV producer and writer. The oldest of three sons born to Shirley Jones and Broadway entertainer/television star Jack Cassidy, he first found success as a teen idol, following in the footsteps of his elder half-brother, David Cassidy of TV's The Partridge Family. He went to Beverly Hills High School.

The oldest of three sons born to Shirley Jones and Broadway entertainer/television star Jack Cassidy, he first found success as a teen idol, following in the footsteps of his elder half-brother, David Cassidy of TV's The Partridge Family. He went to Beverly Hills High School.

He released several successful singles in the late 1970s. His first single, "Morning Girl", a The Neon Philharmonic classic, didn't chart in the USA but did well in Europe.[citation needed] His second single, a cover version of The Crystals' "Da Doo Ron Ron", hit #1 in the United States in 1977, and he, like David, became a major teen idol. He achieved two further top ten singles with cover versions of Eric Carmen's "That's Rock 'N' Roll" and "Hey Deanie" in 1977 and his first three albums also sold well. Cassidy and his mother Shirley Jones of the Partridge Family are the only mother and son to each have a song reach number one on the Billboard Hot One Hundred Charts.[citation needed] Cassidy also achieved chart success and toured in Australia.

Cassidy starred opposite Parker Stevenson in the popular The Hardy Boys/Nancy Drew Mysteries television series, which ran for several seasons on ABC-TV, starting in 1977. In 1987, Cassidy joined the cast of the Daytime Soap Opera General Hospital for several months, playing the character of Dusty Walker from 1987?1988. He was first in a series of young, male, blond actors to appear on General Hospital, followed by Chris Aable in 1988 and Steve Burton in 1989. Cassidy made his Broadway debut in 1993 in a production of Blood Brothers alongside brother David Cassidy - the first time the two brothers had ever appeared together professionally. Along with Petula Clark who played the mother, this production was a major success and achieved great critical acclaim.

Among his credits as a TV producer were the creation of the short-lived Fox Television Network Action/Adventure series Roar, which starred the then-unknown Heath Ledger. Other writing and producing credits include Cold Case, The Agency, and the creation of American Gothic as well as the 2005 ABC series Invasion.

Cassidy has two children from his first marriage with model Ann Pennington, and one child from his second marriage, with actress Susan Diol. On August 28, 2004, Cassidy married a third time, to producer Tracey Turner, with whom he has two children.