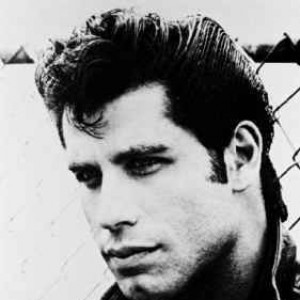 John Joseph Travolta (born February 18, 1954) is an Academy Award-nominated American actor, singer, entertainer and aviator. He became known during the late 1970s, establishing a career as a leading Hollywood actor, and has subsequently continued appearing in major films, including his 1990s roles in Pulp Fiction and Get Shorty. Early life Travolta, the youngest of six children, was born in Englewood, New Jersey to Salvatore Travolta...

Travolta, the youngest of six children, was born in Englewood, New Jersey to Salvatore Travolta, a second-generation Italian American semi-professional football player turned tire salesman, and Helen Cecilia Burke, an Irish American actress and singer who had appeared in The Sunshine Sisters, a radio vocal group, and acted and directed before becoming a high school drama teacher. She was 42 when Travolta was born. Travolta grew up in an Irish-American neighborhood and has said that his household was predominantly Irish in culture. His family was Catholic.

After dropping out of Dwight Morrow High School after his junior year, Travolta moved to New York City to get a job as a performer. He landed roles in the touring company of Grease and on Broadway in Over Here! singing the Sherman Brothers' song "Dream Drummin'". Travolta also cut singles for a local record company, but the songs were quickly forgotten. But eventually, he moved to Los Angeles, California to further his career in show business.

Travolta gained his first major movie role as Billy Nolan, a sadistic bully who taunted Sissy Spacek's Carrie White in the horror film Carrie (1976). Around the same time he landed his star-making role as Vinnie Barbarino in the TV sitcom Welcome Back, Kotter (1975?1979) in which his sister, Ellen, also occasionally appeared (as Arnold Horshack's mother).

Around this time he also had a hit single entitled "Let Her In" peaking at number ten on the Billboard Hot 100 chart. In the next few years, he appeared in some of his most memorable screen roles: Tony Manero in Saturday Night Fever (1977) and as Danny Zuko in Grease (1978). His mother and his sister Ann appeared as extras in Saturday Night Fever and his sister Ellen appeared as a waitress in Grease. Travolta performed several of the songs on the Grease soundtrack album, that eventually went on to sell more than 10 million copies. In 1980, Travolta inspired a nationwide country music craze that followed on the heels of his hit film, Urban Cowboy, in which he starred with Debra Winger.

After Urban Cowboy came a string of flops that sidelined his acting career. Some suggest that he was typecast as a disco stud or 1970s icon, which could be the reason his agent intervened on several occasions to turn down acting roles. During that time he was offered, but turned down, lead roles in what would become box office hits, including American Gigolo, An Officer and A Gentleman, and Splash. The first two films ultimately starred Richard Gere in the lead role and went to become box office successes. This was also the case with the movie Chicago - the role of lawyer Billy Flynn was offered to Travolta, but ultimately was played by Gere; the film went on to become a highly commercial and critical success. His only hit film during this period was alongside Kirstie Alley and a baby voiced by Bruce Willis in Look Who's Talking. However, it wasn't until he played Vincent Vega in Quentin Tarantino's hit Pulp Fiction (1994), for which he received an Academy Award nomination, that his career was revived. The movie shifted him back onto the A-list, and he was inundated with offers. Coincidentally, before Travolta took the role he visited Tarantino, who was living in the same ramshackle apartment in Los Angeles that Travolta had inhabited when he got his start. Notable roles following Pulp Fiction include a movie-buff loan shark in Get Shorty (1995), an FBI agent in Face/Off (1997), a desperate attorney in A Civil Action (1998) and a military detective in The General's Daughter (1999).

Travolta also starred in Battlefield Earth (2000) based on a work of science fiction by L. Ron Hubbard, in which he played the leader of a group of aliens that enslaves humanity on a bleak future Earth. The film received almost universally negative reviews and did very poorly at the box office. Travolta, who converted to Scientology in 1975 and endorses Hubbard's teachings, had hoped that the film would be well received and be the first in a series of Hubbard film adaptations. In fact, the film won a Razzie Award for Worst Film of the Year at the 2000 awards.

Travola is currently starring as a workaholic turned biker in Wild Hogs (2007).

Travolta will play Edna Turnblad in the 2007 adaptation of Hairspray.

Travolta married actress Kelly Preston in 1991. They have a son named Jett, and a daughter named Ella Blue. On April 10, 2006, Mark Ebner of Hollywood, Interrupted made a public plea to Travolta and Preston to have their son treated for autism, alleging five reliable sources?including representatives from Cure Autism Now and The Autism Perspective?who claim that Jett suffers from autism, and not from Kawasaki syndrome as stated by the parents. His brother Joey Travolta recently produced a documentary about autism.

Travolta is a licensed pilot and owns five airplanes, including an ex-Australian airliner, the Qantas 707-138. The plane bears the name Jett Clipper Ella in honor of his son Jett and his daughter Ella. Pan Am was a large operator of the 707 and used Clipper in their names. His US$4.9 million estate in the Jumbolair subdivision in Anthony, Florida is situated on Greystone Airport with its own runway and taxiway right to the door.

In 1992, he wrote and illustrated a short children's book entitled Propeller One-Way Night Coach about the fictional journey of an 8-year-old boy named Jeff across the USA in the 1950s. He celebrated with the Australian national football team in their dressing room following their qualification for the 2006 FIFA World Cup.

Questions have also been raised regarding what kind of agreements were made between Travolta and then-President Bill Clinton, regarding how Travolta would portray Jack Stanton, a character based on Clinton, in the movie Primary Colors and whether Clinton would pressure the German government to remove its ban on Scientology. Travolta was quoted about the issue in May 1998 issue of George magazine:

The next day, I met with Clinton. He told me: "Your program sounds great. More than that, I'd really love to help you with your issue over in Germany with Scientology." I was waiting for the seduction that I had heard so much about. I thought, "Well, how could he ever seduce me?" And after we talked, I thought, "Bingo!" He did it. Scientology is the one issue that really matters to me.

In another interview, Travolta admitted that his portrayal of Stanton was much more kind than that in the book Primary Colors. The next year, in November 1998, Clinton sent Secretary of State Madeleine Albright to urge German Foreign Minister Klaus Kinkel to grant Scientology the status of a registered religion?without success.

Travolta's affiliation with Scientology is frequently mentioned in the press. In 1998 he was named in a lawsuit involving a former member who claimed that he was promised that his homosexuality could be cured. The lawsuit alleged that the organization frequently cited Travolta as proof that the organization could in fact change a person's sexual orientation. A lawyer for Travolta replied, "This looks like complete hogwash. Travolta is a happily married man, which proves he isn't gay". Paul Barresi claimed to have had a homosexual relationship with Travolta in 1982, but later recanted the statement. In 2006, Travolta was photographed in what looks like the exchange of a kiss with an unidentified male in Hamilton, Ontario. However, Travolta's attorney, Martin Singer, stated that Travolta's wife Preston was on board the plane and claimed the kiss to be a nonromantic gesture Travolta makes with all close friends of both genders, entirely nonsexual in nature, and that "people who are close to Mr. Travolta are aware of his customary, non-romantic gesture."

Faith No More's Mike Patton wrote and recorded a song called "Travolta" with his band Mr. Bungle. The name of the song was changed to "Quote Unquote" due to legal reasons. The song came out 1991, which was a time at which John Travolta was considered a "has-been" actor. This was before Pulp Fiction came out, and Travolta's career took off again. "Quote Unquote" is also the name of a book John Travolta published around this time. In an episode of South Park, Travolta was one of the characters shown trying to get Tom Cruise out of Stan's closet. The other trying to get him out (Tom Cruise) was R. Kelly, threatening both Tom and John the count of three before he shoots both of them.

This Christmas (With Olivia Newton-John)