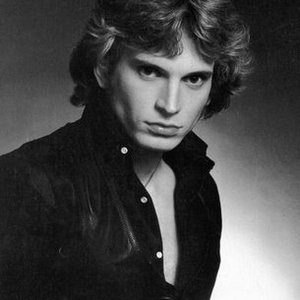 Rex Smith came to the fame as the heartthrob lead of the 1979 NBC-TV movie Sooner or Later. His same-named LP is basically a soundtrack album featuring the pop/rock songs he performed in the movie. The Bobby Hart/Stephen Lawrence ballad "You Take My Breath Away" was issued as a single. It went gold, reaching number ten on the pop charts in the summer of 1979. It can be found on Rhino's Super Hits of the '70s: Have a Nice Day, Vol. 22.

Other highlights were "Better Than It's Ever Been Before," "Simply Jessie," and "Never Gonna Give You Up." Smith with Rachel Sweet had a 1981 Top 32 pop hit with a duet cover of the Buzz Cason/Mac Gayden song "Everlasting Love" (Soft Love, Vol. 5,Hot Duets). After hosting a season of Solid Gold with Marilyn McCoo, Smith returned to Broadway.

Rex made his Broadway debut as Danny Zuko in the original production of "Grease!" He received the Theater World Award for his portrayal of Frederick in "The Pirates of Penzance" on Broadway, and also starred in the film adaptation. Other starring roles on Broadway include "The Human Comedy," "Grand Hotel," "The Scarlet Pimpernel" and most recently "Annie Get Your Gun." Rex has also starred in Lincoln Center's "Anything Goes," The Kennedy Center's "West Side Story," and the Canadian production of "Sunset Boulevard." National tours include "Grease!," "Joseph..." "Jesus Christ Superstar," "Godspell" and "They're Playing Our Song."
On TV, Rex hosted "Solid Gold," starred in ABC's "Street Hawk" and Daytime's "As The World Turns." TV movies include "Sooner or Later" (also the title of his platinum album featuring the hit song, "You Take My Breath Away"), "Daredevil" and Danielle Steele's "Once in a Lifetime." Rex has guest starred on the primetime series "Norm," "JAG," "Caroline in the City," "The Sentinel," "Baywatch" and "Pacific Blue."

Most recently, Rex recorded his sixth album, SIMPLY...REX for MCA-Universal Records. Rex most recently starred in the national tour of "Kiss Me Kate."

Rex is working as a Real Estate agent this day, in hopes of spending more time with his family. His latest news can be found here: http://www.rexsmith.com/