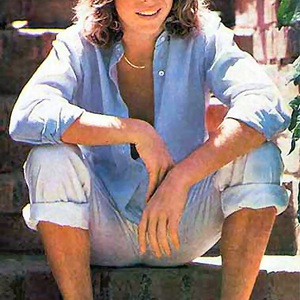 Leif Garrett (born Leif Per Nervik on November 8, 1961 in Hollywood, California) is an American actor & singer who became famous in the late 1970s as a teen idol. Leif Garrett burst onto the scene in 1968 at the early age of five. Garrett began a career in acting with his debut in the quintessential period film, Bob & Carol & Ted & Alice. He starred in over sixty hit television shows, such as being the semi-regular on the critically acclaimed hit television shows, The Waltons and Family.

Leif Garrett burst onto the scene in 1968 at the early age of five. Garrett began a career in acting with his debut in the quintessential period film, Bob & Carol & Ted & Alice. He starred in over sixty hit television shows, such as being the semi-regular on the critically acclaimed hit television shows, The Waltons and Family. But it was his portrayal of a pony express rider in the television special, Peter Lundy and the Medicine Hat Stallion that garnered Garrett the honor of being inducted into the Cowboy Hall of Fame. From then on he continued to do more tv and film including Walking Tall and the hit television series, Three for the Road. This family drama was Garrett's launching pad for the recording phenomena that was to occur.

Having achieved success as an actor, Garrett took on the music industry. He became a multi-gold and platinum recording artist and one of the biggest teen idols of all time, gracing magazine covers all over the world. In 1977, Garrett released his self-titled debut album and climbed the music charts with his remakes of 'Runaround Sue' 13 and ?Surfin' USA' 20. In 1978 he recorded a second album entitled Feel The Need. The sophomore release quickly became a chart-topper with his hit, ?I Was Made For Dancin? going all the way to the Top 10. Leif Garrett became an international star performing concerts for tens of thousands of fans.

After releasing three more albums, Garrett decided to turn his attentions to acting once again, co-starring in Francis Ford Coppola's film classic, The Outsiders in 1983. He continued to choose other notable roles in the eighties in movies such as Thunder Alley and Shaker Run. In 1991, Garrett appeared with fellow former teen idol, David Cassidy, in the seventies spoof, Spirit of '76. Audiences were amazed and impressed with Garrett's comedic ability and talent.

It was in 1998 when the music arena became reacquainted with Leif Garrett on VH1's highly acclaimed Behind The Music series. The response from the viewing public was sensational and it has become one of the highest rated episodes of ?Behind The Music?. He later formed a few rock bands and toured across the USA.

These days Garrett is concentrating on his acting career, but still continues to write and record new music. He wrote, produced and performed the title track for David Spade's hit comedy, Dickie Roberts: Former Child Star, in which Garrett portrayed himself. During 2006 and 2007 he was part of the Original Idols Tour and performed across America. His latest album, Three Sides Of?. was released in 2007 and includes originals, covers and a remake of his classic hit, ?I Was Made For Dancin''. In 2010 he was invited to perform several concerts in South Korea marking the first time he's returned there in thirty years.

My Movie Of You (Vinyl)

Same Goes For You (Vinyl)

I Was Made For Dancing (Vinyl)