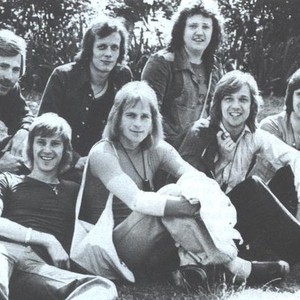 Blue Swede was a Swedish rock band from the early to mid-1970s that succeeded with a few singles which were covers of other artists' material. The band was originally called "Bl?blus" (Swedish for "blue denim shirt") and featured Bj&ouml;rn Skifs singing the lead vocals. The band got their international break-through in 1974 with their cover of the 1969 B. J. Thomas song "Hooked on a Feeling", adapted by British pop eccentric Jonathan King.

The group had a US top 10 hit with a cover of The Association's "Never My Love." Also of note, the group recorded a medley that combined "I'm Alive" by The Hollies and "Hush" by Deep Purple which played better in Scandinavia than anywhere else.

Hooked On A Feeling (Vinyl)