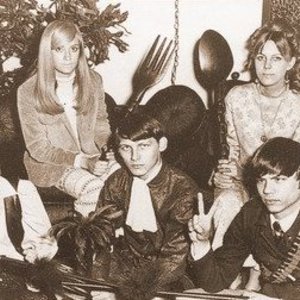 In 1968, Filmation produced "The Archie Show", a Saturday morning cartoon based upon the Archie comics. Jeff Barry and Don Kirshner, two of the producers credited with the success of The Monkees, signed on to produce recordings to be "performed" by the Archies for the show. Aside from being featured in "song of the week" sequences on the TV show itself, there were also five Archies LPs released between 1968 and 1971, and several singles, including four Top 40 hits. The most successful of the Archies' hits was "Sugar, Sugar", a number-one Billboard Hot 100 hit which became the top-selling song of 1969. "Sugar, Sugar" remains the only number-one American pop hit by a fictitious group. The other three Archies hits were "Bang-Shang-A-Lang" (1968), "Jingle Jangle" (1970), and "Who's Your Baby?" (1971); their other singles include "Feelin' So Good" (1969), "Inside Out, Upside Down" (1969), and "Get on the Line" (1970). Many of the Archies' songs, including "Sugar, Sugar", were composed by Jeff Barry and Andy Kim, and several songs were compositions The Monkees had turned down.

Ron Dante provided the male lead vocals for the Archies recordings, with Toni Wine, and later Donna Marie and Merle Miller, providing the female leads. "The Archie Show" remained on the air under various names and in various formats until 1978, although the Archies studio musical group ceased to make new commercial recordings after 1971.

Absolutely The Best Of The Archies

This Is Love (Vinyl)