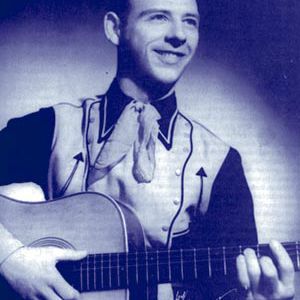 Clarence Eugene "Hank" Snow (Born May 9, 1914 in Brooklyn, Queens County, Nova Scotia; died December 20, 1999) was a Canadian country music singer-songwriter. Perhaps best known for his distinct yodeling, he charted more than seventy singles on the Billboard country charts from 1950 until 1980, including the Number One hits 'I'm Movin' On' and 'I Don't Hurt Anymore'. Performing in lavish and colourful sequin-studded suits, Snow had a career covering six decades during which he sold more than 80 million albums, and was inducted into the Country Music Hall of Fame in 1979.

THERE IS A HANK SNOW MUSEUM CLOSE TO BROOKLYN IN LIVERPOOL, NOVA SCOTIA, APPROPRIATLY, IT IS HOUSED IN AN ABANDONED TRAIN STATION. VERY WELL DONE

Songs Of Tragedy - When Tragedy Struck