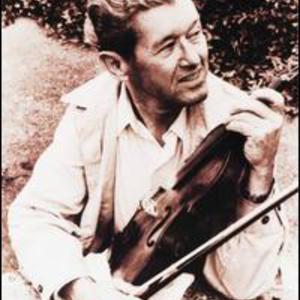 Roy Claxton Acuff (September 15, 1903 ? November 23, 1992) was an American country musician known around the world as the "King of Country Music". Roy Acuff was born in Maynardville, Tennessee, to Ida Carr and Simon E. Neil Acuff (a Baptist preacher, judge and tenant farmer), the third of their five children. Originally, Acuff didn't plan to be a singer. Acuff sang in the church choir as a schoolboy, but he was more interested in sports, particularly baseball.

Not only was he attracted to the sport, he had a wild streak ? after his family moved to Knoxville, he was frequently arrested for fighting. Acuff continued to concentrate on playing ball, eventually becoming strong enough to earn a tryout for the major leagues. However, that tryout never took place. Before he had a chance to play, he was struck by a severe sunstroke while he was on a fishing trip; after the sunstroke, Acuff suffered a nervous breakdown. While he was recovering, he decided that a career in baseball was no longer possible, so he decided to become an entertainer. He began to learn the fiddle and became an apprentice of Doc Hauer, a local medicine show man.

While traveling with the medicine show, Acuff learned how to be a performer -- he learned how to sing, how to imitate, how to entertain, how to put on a show. Soon, Acuff joined the Tennessee Crackerjacks, who had a regular slot on Knoxville radio station WROL. Although he was performing frequently, he wasn't making any significant headway, failing to become a star in Tennessee. One song changed that situation -- "The Great Speckled Bird," an old gospel tune that had become popular with the Church of God sect. After another radio entertainer wrote the words out to the song, Acuff began performing it in his shows. Quickly, he became popular throughout the eastern part of Tennessee and was asked to record the song by ARC, a record label with national distribution. Acuff headed north to Chicago for a recording session, which resulted in 20 different songs. In addition to "The Great Speckled Bird," he recorded "Steamboat Whistle Blues" and "The Wabash Cannonball," another Tennessee standard that featured the singer imitating the sound of a train whistle; he also made a handful of risqu? numbers during these sessions, which were released under the name the Bang Boys.

Music career
He then turned his attention to his father's fiddle and began playing in a traveling medicine show, often performing in blackface. He toured the Southern United States and eventually formed a band called "The Crazy Tennesseans".

In 1936, he recorded his two most enduring songs, the traditional The Great Speckled Bird and The Wabash Cannonball. He debuted at the Grand Ole Opry two years later. He was booked as a fiddler, and he should have played the Turkey Buzzard for a square dancing segment, but he decided to try and sing The Great Speckled Bird. His decision was not well received, however. Acuff became a regular on the Opry, forming a backing band called the Smoky Mountain Boys, led by friend and Dobro player Bashful Brother Oswald. By 1940 he was the star of the show.


The Great Roy Acuff LP (1964)Acuff's recording of The House of the Rising Sun on November 3, 1938 is the first known commercial recording of the song. He released several singles in the 1940s such as The Wreck on the Highway, Beneath That Lonely Mound of Clay and The Precious Jewel. During the 1940s he also appeared in eight movies.

In 1942, a man of many talents, he formed a music publishing venture with Chicago songwriter Fred Rose. Acuff-Rose Music became a country music phenomenon, owning huge numbers of copyrights including those by Marty Robbins, Felice and Boudleaux Bryant and all of the songs of Hank Williams.

As his record sales declined in the late 1940s and 1950s, Acuff spent most of his time on the road, becoming one of the hottest tickets in country music. In 1962 he was the first living musician elected to The Country Music Hall of Fame. By the 1970s Acuff performed almost exclusively with the Grand Ole Opry, at Opryland USA, greatly legitimizing it as the top institution in country music. He made one rare appearance at Carlton Haney's Camp Spring Bluegrass Festival in 1971.

For his contribution to the recording industry, he has a star on the Hollywood Walk of Fame located on 1541 Vine St. He received the Kennedy Center Honors in 1991.

Political career
Acuff had a brief affair with politics, losing campaigns for the governor of Tennessee as a Republican in 1944 and 1948. In 1970, he campaigned for his friend Tex Ritter in his bid for the GOP nomination for a U.S. Senate seat from Tennessee.
Trivia
A popular legend is that Japanese troops during World War II would enter battle yelling, "To hell with Roosevelt! To hell with Babe Ruth! To hell with Roy Acuff!"
Acuff was initiated as an Entered Apprentice at the East Nashville Freemasonry Lodge in 1943, and raised to Master Mason in 1944. He was made a 33rd Degree Mason on 21 October 1985.
Acuff is thought to be one inspiration for Henry Gibson's character Haven Hamilton in Robert Altman's film Nashville. The fictionalized character was reportedly a composite of several well-known musicians, including Acuff and Hank Snow.
Acuff on recording: "A little secret of my policy in the studio ... whenever you once decide that you are going to record a number, put everything you've got into it. Don't say, 'Oh, we'll take it over and do it again' because every time you go through it you lose just a little something ... [l]et's do it the first time and to hell with the rest of them" - on the classic album Will the Circle Be Unbroken.
U.S. Olympian high jumper Amy Acuff is his distant cousin. Some sources erroneously list her as his daughter.

Once More It's Roy Acuff & King Of Country Music