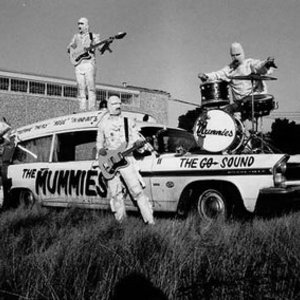 The Mummies are a garage rock band from San Bruno, California, with influences of surf rock, 1950s and 1960s garage rock bands such as The Sonics and more contemporary garage punk bands as Thee Mighty Caesars. Their first show was at the Chi Chi club in San Francisco in December of 1988. The Mummies are especially known for their matching mummy costumes they wore on stage and their impertinent attitude that they brought with them. They have also been known for releasing their music only on vinyl for many years, but have finally given in to the CD format in the 2000s.

Most of the band's equipment was purchased from thrift shops, and the band was known for stealing things out of clubs that didn't pay or treat them well. They often toured their native California in a vintage 1950s ambulance converted to a band "van" (the car was the same model as the Ghostbuster's). Their albums were recorded in their homes in a pre-digital age, mixing everything live and using no computers or dubbing of any kind.

Tales From The Crypt

Play Their Own Records (Vinyl)