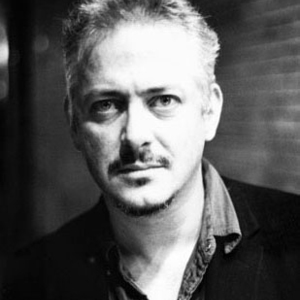 Originally the drummer for the punk band The Mekons, formed at Leeds University in 1977, Langford later took up the guitar as other band members left. Since the mid-1980s he has been one of the leaders in incorporating folk and country music into punk rock. Over the years, he has released a number of solo recordings as well as recordings with other bands outside of The Mekons, most notably the Waco Brothers, which he co-founded after moving to Chicago in the early '90s. He is strongly involved with the Chicago-based independent record label Bloodshot.

Langford is also a prolific and respected visual artist best known for his striking portraits of country music icons like Hank Williams, Johnny Cash, and Elvis Presley. His multimedia music/spoken-word/video performance, "The Executioner's Last Songs," premiered at Alverno College in 2005, and has been performed in several other cities. He also illustrated the comic strip Great Pop Things under the pseudonym Chuck Death. Since 2005 he has been one of the hosts of a weekly radio program, "The Eclectic Company," broadcast on WXRT 93.1 FM in Chicago. He's also a regular contributor to This American Life.

Among Langford's musical side projects have been the Three Johns (with John Hyatt and John (Phillip) Brennan), who released several albums of drum-machine-fueled punk in the 1980s; the country-punk Waco Brothers (with Dean Schlabowske, Tracey Dear, Alan Doughty, Mark Durante, and Mekons drummer Steve Goulding), who have been recording since 1995; and the Pine Valley Cosmonauts, a revolving assortment of Chicago musicians that have backed both Langford and other musicians such as Kelly Hogan. He soon became a father figure to the local music scene, encouraging many of his labelmates on Bloodshot Records and championing anyone who he thought worthy of scrutiny, often lending his services as a musician or visual artist or inviting local musicians to guest on his releases.

Langford's first official solo album, Skull Orchard, a look back at his hometown of Newport, Wales, was released in [1998]. He followed it with his second solo release, All the Fame of Lofty Deeds, in 2004, and Gold Brick in 2006. Nashville Radio, a collection of his artwork and writings, was published in 2006.

[edit] Collaborations with other musicians

He's guested on numerous recordings, including those by Dutch punk band the Ex, The Old 97s, Chip Taylor, as well as Austin, Texas legend Alejandro Escovedo, and has recorded joint albums with Sally Timms, Kevin Coyne and Richard Buckner.

All The Fame of Lofty Deeds

The Executioner's Last Songs Vol.1 (With The Pine Valley Cosmonauts)