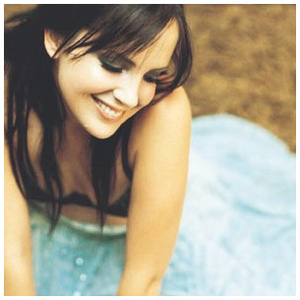 Jessica Danielle Andrews (born December 29, 1983) is an American country music star. Andrews was born in Huntingdon, Tennessee to parents Jessie and Vicki Andrews. Andrews got into singing in the 4th grade, when she sang Dolly Parton's "I Will Always Love You" in a talent show. Andrews got a contract from DreamWorks Records Nashville and started on her first album, Heart Shaped World. During that time she was invited to do a song for the film The Prince of Egypt. In 2000 she won an award, Academy of Country Music's top new female vocalist.

She is currently working on her fourth album. She has one older sister named Kellie. Andrews stands 5'5" tall. She has been dating a fellow country singer-songwriter named Marcel (born February 9, 1975) since January of 2002, and is a member of Soundclick.com.