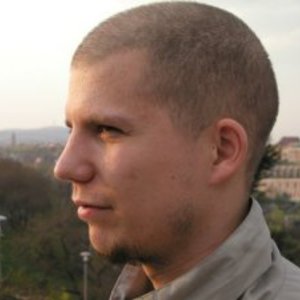 Marcel also records as Carmel alterego. He released a 12" under this jazzy Carmel alterego titled "Nujazzkiller" at Fluid Ounce in 2002, from which "Harakiri blues", a crazy acid track with opera samples was a favourite of many djs, nevertheless Gilles Peterson used to play this tune out frequently.

More recently the Carmel releases will come out at Tru Thoughts Records (Quantic's record label), where the last release was actually the Quantic: Off the beaten track (Carmel remix).

Here is the other:

There are at least 3 artists named Marcel.

Marcel has written songs for Country stars such as Josh Gracin ("Nothin' to Lose", "Favorite State of Mind"), Rascal Flatts ("Backwards"), LeAnn Rimes ("The Weight of Love"), and Big & Rich ("You Never Stop Loving Somebody").

Marcel was a professional hockey player until signing with Mercury Nashville in 2002. He is currently engaged to country music artist Jessica Andrews.

Another artist with the same moniker is a certain Andre Marcel Ajamu Akinyele (born June 21, 1972 as Andre Marcel Wilson), who hails from San Francisco, California.

Marcel has released three albumworths of alternative r'n'b and one EP through his own label Bombay Recording Company. Nowadays he records "cyber jazz" as Ajamu Akinyele and his records are distributed by Pearl Jazz Records as well as those of his band Gemini Soul.

The Diary Of Marcel