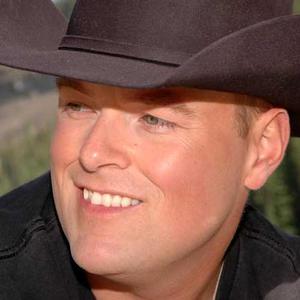 "Gord is one of the hardest working artists I have ever met. He is finally getting his due!" - Byron Hill, Nashville. The year 2008 is shaping up to be a big one for Lacombe, Alberta's Gord Bamford. Gord continues his winning ways with the July release of his third single from the acclaimed "Honkytonks And Heartaches" album. "Postcard from Pasadena" was written by Gord and song writing partner Byron Hill. The award winning Stephano Barberis produced the video for the song and filmed it in the desert atmosphere of Osoyoos B.C.

The year 2008 is shaping up to be a big one for Lacombe, Alberta's Gord Bamford. Gord continues his winning ways with the July release of his third single from the acclaimed "Honkytonks And Heartaches" album. "Postcard from Pasadena" was written by Gord and song writing partner Byron Hill. The award winning Stephano Barberis produced the video for the song and filmed it in the desert atmosphere of Osoyoos B.C.
In January Gord had released his second single and the song "Stayed ?Til Two" rocketed into the top ten after only four weeks of release. The song, again penned by Gord and co-producer Byron Hill tells the familiar story of the guy who went for "one" and time just slipped away.

It was in early February that Gord also received his first Juno nomination, with the aforementioned album being nominated for "Country Recording Of The Year". An appearance on the 2008 Juno Awards show followed in April, as "Stayed ?Til Two" reached the top of the national radio and video charts.

In May, Gord was approached by The Calgary Stampede to write a song commemorating the saga and tradition of the cowboy hat. Gord, along with co-writer Hill penned ?This Old Hat?. The song was premiered at the Stampede's Media Conference and gained local play in Southern Alberta. Gord commented on the song, ?First of all I was very honoured that the Calgary Stampede asked me to write this song and even more excited that it was well received. The title ?This Old Hat? was something that I felt I could write about without having to dig too deep within myself. I was brought up in a rural Alberta town and amongst a family that lives the true Western Heritage. My upbringing was exemplified by hard work and integrity. This song therefore struck a real chord with me as a person and how I strive to live my life.?

Since the release of the album in September 2007, Gord has quickly established himself as one of the "young guns" of country music. The first single "Blame It On That Red Dress" was released to radio in early August and by mid-October was firmly entrenched in the Top Ten in Canada, as well as being the highest charted single by a Canadian artist at that point. The video for "Blame It On That Red Dress" was filmed on the beach in Tofino, B.C. and in early November reached the Number One spot on CMT's Chevy Top Twenty.

Gord got his start in the way that many artists do, playing bars, opening for stars too numerous to mention, and saving enough money to go into the studio. Those efforts resulted in the release of his first album ?God's Green Earth? in 2001, followed by the breakthrough release ?Life Is Good? in 2004. The album generated six top twenty radio hits and firmly established Gord as an up and coming star on Canada's country music scene.

Gord spent 2006 doing what he does best ? song writing and touring. He once again turned to his writing friends and started putting together songs for what would be his third album, ?Honkytonks And Heartaches?. Gord also wrote in earnest with Byron Hill on frequent trips to Nashville, and those efforts resulted in nine songs for the new album. The album was recorded in Nashville and Saskatoon in 2007, with Gord and Byron at the production helm, and noted Canadian producer Bart McKay, spearheading vocal mixing.

Byron says of Gord, ?He's a true country artist and is destined to be a huge star. His very likeable personality will endear him to even the harshest critics of the genre, and those who really know the genre will instantly hear Gord's roots. Gord Bamford lives it, breathes it and sings it. Alberta better hurry up and name a street after this guy before Texas does. He's earned his song writing stripes with this album?.

Is It Friday Yet?