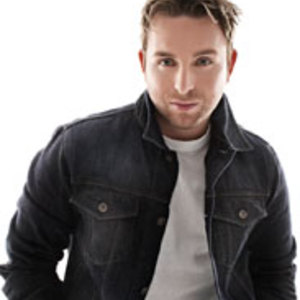 I. Johnny Reid (born August 21, 1974 in Lanark, Scotland, UK) is a country music artist who has charted several hit singles in Canada. He was nominated for the 2008 Juno Award for Country Recording of the Year for Kicking Stones. Reid was named Male Artist of the Year at the 2008 CCMA Awards. A new single, "A Woman Like You" has reached the top 10 of the Radio & Records Canadian country singles chart. His latest album, Dance with Me, was released on March 10, 2009.

A new single, "A Woman Like You" has reached the top 10 of the Radio & Records Canadian country singles chart. His latest album, Dance with Me, was released on March 10, 2009.


II. Johnny Reid is a singer, guitarist and entertainer, hailing from Atlanta, Georgia. Johnny was influenced early in his musical career by many great guitar legends - Hendrix, Clapton, Johnny Winter, Jeff Beck, Duane Allman - while performing in many Carolina venues.

In 1972, Johnny performed with the band ?Brother Blood? which won 1st place in the Columbia SC JayCees "Battle of the Bands."

Johnny moved to the Atlanta Georgia area in 1990, where he performs as the solo act "Johnny Reid" as well as with Grayson GA guitarist Lee Fisher, and Atlanta GA drummer Jano Rojko. Johnny has performed at many Atlanta area venues, including The Whistle Post Tavern, CJ's Landing, The 529 Club, Cigar Village, The Brandy House, Smith's Olde Bar, The Checkered Parrot, Rafter's, Spondivit's, The Yellow Daisy Festival at TheStone Mountain Park, The Macon Coliseum, and the Celtic Tavern.

Johnny Reid is an experienced vocalist, guitarist and performer. ?I'll always play guitar and sing - that's what I love so much,? Johnny confides.

Album: Speak For Yourself

What Love Is All About

A Christmas Gift To You

A Place Called Love. Live In Concert. Heart And Soul