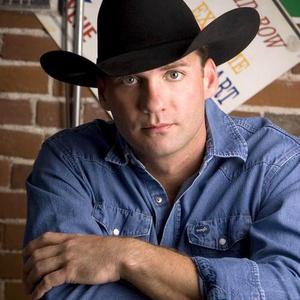 Wade Hayes (born on April 20, 1969 in Bethel Acres, Oklahoma) is a multi-talented country music singer. His father, Don, was the leader of the house band at a local nightclub called Charlie's Palace, where as a young teen Wade learned ?the ropes? of playing and singing before a live audience. He was influenced by the work of Merle Haggard, Gary Stewart, Gene Watson, Willie Nelson and Waylon Jennings.

His first months in Nashville were long days of construction jobs and long evenings of gigs in local clubs. Burning the candle at both ends inspired his signature song, ?Old Enough to Know Better,? which became the only debut track by a country artist to reach #1 in 1995. Hayes continued to occupy the charts with 6 top ten tunes, including #1 ?I'm Still Dancing With You.?

Wade withdrew from the crushing schedule of intense touring to spend more time writing and revitalizing. He's turning heads on Music Row again with his latest album, ?Place to Turn Around.? As producer for this project, he assembled an A-list of musicians to record the 11 songs. He wrote 9 of the tracks, provided the lead vocals and some of the harmonies and played guitar on each of the cuts. That Nashville Sound placed the album on their top 10 list declaring ?this is an unexpected gem, the most under-rated album of 2009 for sure.?

Place To Turn Around

When The Wrong One Loves You Right

On A Good Night