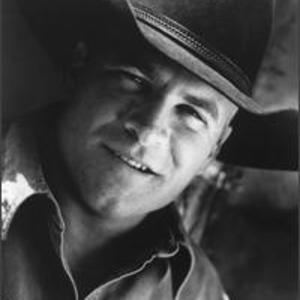 Doug Supernaw was born on September 26, 1960, in Bryan, Texas. His mother, a fan of country music, exposed him to acts such as George Jones and Gene Watson, by whose works he would later be influenced. Supernaw later attended college on a golfing scholarship; after dropping out of college in 1979, he briefly worked on an oil rig before serving as a musician in local bands. Doug moved to Nashville, Tennessee in 1987, where he found work as a session songwriter. After four years in Nashville, however, he moved back to Texas, where he founded a band called Texas Steel.

Doug Supernaw is an American country music singer-songwriter known for his neotraditionalist country style. After several years performing as a local musician throughout the state of Texas, he signed with BNA Records in 1993, releasing his debut album that year.

Although he has not recorded an album since 1999, Doug has been the subject of media attention, stemming from a series of arrests and court trials.


1993-1995: BNA Records
An A&R executive for RCA Records discovered Supernaw, and signed him to the label's BNA Records division in 1993. That year, Supernaw released his debut album, Red and Rio Grande. Overall, four singles were released from the album, starting with "Honky Tonkin' Fool", which failed to enter Top 40 on the Billboard country music charts. "Reno", the second single, reached Top 5 soon afterward, while its follow-up, "I Don't Call Him Daddy", became Doug's first and only Number One single by the end of the year. The album went on to achieve gold certification in the United States.

A string of bad luck, however, nearly ended Supernaw's career after his first album's release. After recovering from a broken neck suffered while surfing, he was involved in a head-on car collision. Later, at a concert in Ohio, all of his band's equipment was stolen from his tour bus; finally, he was hospitalized after a nearly-fatal case of food poisoning.

Once he had recovered from the food poisoning, he recorded his second album for BNA, 1994's Deep Thoughts from a Shallow Mind. Of the album's three singles, only the Dennis Linde-penned "What'll You Do About Me", which was released last, entered Top 40 on the country music charts. Shortly after its release, he exited BNA's roster.


1995-1999: Final albums
In 1995, Doug was signed to Giant Records, where he recorded and released his third major-label album, You Still Got Me, in 1996.[3] Although its first single, "Not Enough Hours in the Night", reached a peak of #3 on the country singles charts, neither of the album's other singles reached Top 40, and he left Giant Records not long afterward. Although he did not have a record deal at the time, he also made an appearance on Stars and Stripes Vol. 1, a compilation album issued by The Beach Boys, featuring the Beach Boys performing their own songs along with other country music artists. Supernaw contributed to the track "Long Tall Texan". His first compilation album, entitled The Encore Collection, was issued by Sony BMG Special Products in 1997.

Doug's third and final recording contract was with the small, independent Tack label, on which he released Fadin' Renegade in 1999. The album's two singles, the title track and "21-17", both failed to enter the country music charts, although the latter song's music video gained popularity on the television networks CMT and GAC.

You Still Got Me

Deep Thoughts From A Shallow Mind