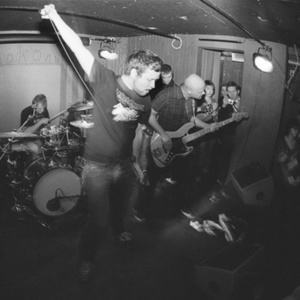 There are several artists called as Ricochet: 1. Russian underground punk/melodic hardcore band from Moscow. http://ricochet.bandcamp.com + http://vk.com/ricochetmsk + http://fb.com/ricochetmsk 2.Ricochet is a country band from Oklahoma best known for their #1 hit "Daddy's Money" (1996). Ricochet emerged in the spring of 1996 to become one of the most successful new country groups, spending the better part of the year in the Top 40 of the country charts.

Ricochet emerged in the spring of 1996 to become one of the most successful new country groups, spending the better part of the year in the Top 40 of the country charts. The band formed in 1993, when drummer Jeff Bryant invited singer/guitarist Heath Wright to join his group Lariat, which also featured Bryant's brother Junior (fiddle/mandolin). Lariat disbanded soon after Wright joined, but he and the Bryants decided to try again under the name Ricochet. They held auditions to complete the band, and several members floated through it in the ensuing months. By the beginning of 1994, the final lineup had fallen into place with the addition of Greg Cook (bass, backing vocals), Teddy Carr (steel guitar), and Eddie Kilgallon (keyboards, rhythm guitar, saxophone, backing vocals). For the next two years, Ricochet toured the South and the West Coast, building up a fan base and developing its energetic, edgy neo-traditional sound. They often spent their downtime rehearsing and writing songs.

The group's original manager was friends with record producer Ron Chancey, who was known for his work with the Oak Ridge Boys. Chancey heard the group and arranged for them to cut a demo. He directed the tape to his son Blake, A&R director for Columbia Records in Nashville. After hearing Ricochet live, Blake Chancey and a handful of other Columbia executives decided to sign the band to a development deal under the direction of producer Ed Seay (Martina McBride, Collin Raye). In early 1995, the deal turned into a full-fledged record contract, and during the spring, the group recorded their first album. For the rest year, they toured the country as a supporting act for Merle Haggard, Doug Stone, and Charlie Daniels.

Ricochet's eponymous debut album, produced by Ron Chancey and Ed Seay, was released in early 1996. Preceded by the Top Five hit single "What Do I Know," the album was a hit and stayed on the charts for more than a year as "Daddy's Money" hit number one and "Love Is Stronger Than Pride" reached the Top Ten. The follow-up album, Blink of an Eye, was released the very next year, but it was a commercial disappointment, even though it produced three minor chart singles. Ricochet charted modestly with another three songs in 1998-1999, tracks intended for an album to be called What a Ride that was not released. In the meantime, the band underwent personnel changes. Jeff Bryant, suffering from carpal tunnel syndrome, left the drum chair, succeeded by Tim Chewning in August 1999, and Shannon Farmer replaced Teddy Carr on steel guitar. Meanwhile, Richochet retooled its third album, finally releasing it in September 2000 as What You Leave Behind.

3.A Turkish Lo-Fi/Indie band which had an e.p. called Capt. Ahab . They've released their debut album in May 2010 from Peyote music called "The Burning One" which includes awesome tunes. http://myspace.com/wericochet

4. Detroit hardcore from the early-mid 90s.

5. Rapper from San Diego who has a mixtape titled "A Walk In My Shoes..." available for free download.

7. A Soca Artist from the Caribbean.

8. Ricochet is one third of the London hip-hop crew Universal Soldiers. He is prone to drop dope multi-syllable rhyming styles and accurate descriptions of inner-city life.

None of the above should be confused with the podcast service ricochet.com

What You Leave Behind

Blink Of An Eye