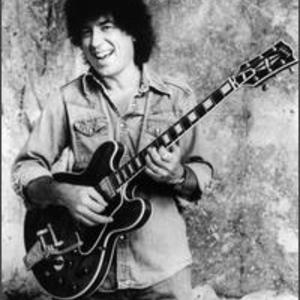 Elvin Bishop, born October 21, 1942, is an American blues and rock and roll musician and guitarist. Remembered by many these days as a founding member of the groundbreaking Paul Butterfield Blues Band, Elvin Bishop has also tasted pop success with his 1976 smash hit ?Fooled Around and Fell In Love.? Bishop's long and varied career has included other musical stops along the way as well, from deep down gutbucket blues played in smoky South Side Chicago taverns, to raucous roadhouse R&B, to rollicking good time rock & roll.

Remembered by many these days as a founding member of the groundbreaking Paul Butterfield Blues Band, Elvin Bishop has also tasted pop success with his 1976 smash hit ?Fooled Around and Fell In Love.? Bishop's long and varied career has included other musical stops along the way as well, from deep down gutbucket blues played in smoky South Side Chicago taverns, to raucous roadhouse R&B, to rollicking good time rock & roll. And at every stage along the way, he's imbued all of his music with deep passion, a uniquely creative spirit, and more than a little bit of sly humor.

Born and raised in Tulsa, Oklahoma, Elvin Bishop didn't have much exposure to live music as a youngster. But his family had a radio, and in between the pop schmaltz and the C&W that ruled the airwaves in the 1950s, that radio could sometimes catch the legendary R&B programming beamed throughout the southern part of the U.S. at night by Nashville radio station WLAC. That station introduced Bishop to the classic records of Jimmy Reed, Howlin&rsquo; Wolf and Muddy Waters, and once his ears had been hooked, there was no turning back for young Elvin. He soon got his first guitar and on his own began scratching out the basic outlines of the blues, R&B and rock & roll that had captured his imagination.

By the time he was preparing to go to college in the late 1950s, Bishop had earned a National Merit Scholarship, allowing him to go to almost any school he chose ? and there was only one choice on Elvin's mind, the prestigious University of Chicago, which just happened to be located on Chicago's South side, ground zero for much of the urban blues Elvin had been studying only from a distance. He arrived in Chicago in 1959, and before long crossed paths with a kindred spirit in Paul Butterfield. Together, they explored the ghetto blues clubs in the black neighborhoods surrounding the university campus at a time when blues giants like Muddy Waters, Little Walter, Otis Rush, Magic Sam and Howlin' Wolf could be found playing in neighborhood joints on a weeknight. Elvin soaked it all up, gaining impromptu lessons and invaluable stage time in front of discerning audiences, and forging a fluid yet powerful guitar style of his own.

By 1963, Bishop and Butterfield were ready to graduate ? not necessarily from the university, but certainly from their apprenticeship under Chicago's blues elders. Recruiting Howlin' Wolf's former rhythm section of Sam Lay on drums and Jerome Arnold on bass, the Paul Butterfield Blues Band was born. In 1965, after adding Mike Bloomfield and Mark Naftalin to the lineup, their revolutionary debut LP was released, kicking open the door for virtually all the young white blues bands that followed.

Bishop remained in the fold for three albums with the Butterfield band, including their innovative ?East-West? release (on which Bishop and Bloomfield's intertwining guitars helped set the stage for the Allman Brothers Band among many others who followed), before venturing out on his own. Elvin released four well-received albums on Epic Records in the early ?70s, before joining Capricorn Records for a couple of LPs and experiencing his biggest pop success, the national hit ?Fooled Around and Fell in Love? from his 1976 LP ?Struttin' My Stuff?.

As popular musical trends evolved, the recording projects tapered off, but road work kept Elvin busy through the ?80s, and by the time he hooked up with Alligator in 1988, he was returning to his bluesy roots. And that fertile territory has been his focus ever since.

Delta Groove Productions president Randy Chortkoff has been a fan and follower of Elvin's music through all the many phases of his career, beginning with Butterfield Blues Band in the mid 1960s, so when the opportunity arose to bring Elvin into the Delta Groove fold, Chortkoff jumped at the opportunity. The result was Elvin's Grammy nominated 2008 CD ?The Blues Rolls On?, a project supported by an all-star cast of blues royalty featuring B.B. King,Warren Haynes, Derek Trucks, George Thorogood, James Cotton, Kim Wilson, Tommy Castro, John N&eacute;meth, Angela Strehli, plus many more.

Elvin's brand new release ?Red Dog Speaks?, his second on Delta Groove Music, is the exciting next step in his blues journey. Right out of the gate, Bishop leaves no doubt where his heart is, cleverly introducing his long-time cohort - a 1959 Gibson ES-345 that lovingly answers to the name of ?Red Dog?, with a gritty slow blues calculated to set the pace for what's to come. Along the way he smoothly steers the way from strutting blues and R&B, to a good dose of good-time rock & roll, and even an occasional detour through doo-wop, zydeco and gospel. Elvin has made plenty of talented friends over the years, and many of them jumped at the chance to help out including John Nemeth, Buckwheat Zydeco, Roy Gaines, Tommy Castro, Ronnie Baker Brooks, and Kid Andersen who all make guest appearances. And all of it adds up to an amalgam that can only be called ?Elvin Bishop music.?

Can't Even Do Wrong Right

She Puts Me In The Mood

The Blues Rolls On

Gettin' My Groove Back

The Skin I'm In