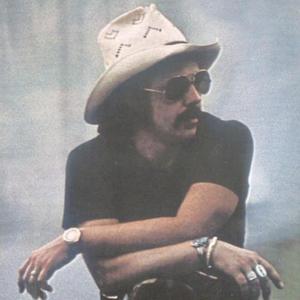 Steve Young has never fit comfortably into categories. He follows his own musical and spiritual quest, weaving together Southern roots with a wide experience of life, and creating new traditions in American music. Young was born in Georgia and grew up in Alabama, Georgia and Texas in a family which moved frequently in search of work. By the time he had completed high school in Beaumont, Texas, he was playing guitar and writing songs which incorporated influences of folk , country , gospel, and blues musicians and people like Hank Williams , Elvis Presley, Carl Perkins and others.

Young was born in Georgia and grew up in Alabama, Georgia and Texas in a family which moved frequently in search of work. By the time he had completed high school in Beaumont, Texas, he was playing guitar and writing songs which incorporated influences of folk , country , gospel, and blues musicians and people like Hank Williams , Elvis Presley, Carl Perkins and others. Once as a teenager he was blown away by seeing Carlos Montoya , a Flamenco Guitarist. He managed to use that too!

By his late teens, Young was back in Alabama, where he established some reputation on the local music scene. However, the wandering spirit soon took over again. He immersed himself briefly in the Greenwich Village folk scene, at a time when Bob Dylan and others were just being noticed.

Returning to Alabama, Steve found that "my New York folk-protest songs didn't fly in the South." Searching for more receptive audiences, he made short forays to California and other locations before moving to the West Coast in 1964.

In California, he worked with musicians like Van Dyke Parks and Stephen Stills, at one point holding a day job as a mailman. A major-label record deal led to a short-lived stint with a psychedelic country-folk band, Stone Country.

Through 12 albums and countless live performances, Steve Young's music has remained fresh and aggressive, with a sense of deepening spirituality, and a consistent intellectual and artistic challenge, to himself and to his audience.

Many of the stars of the music industry have recorded Steve Young songs, and in some cases forged a career image around them. "Lonesome, Orn'ry & Mean," for example, became the signature tune for 'Outlaw' Waylon Jennings. Hank Williams Jr.'s cover of "Montgomery In The Rain" remains a classic.


Certainly the most-covered Steve Young song of all is "Seven Bridges Road," which has been recorded at various times by artists like Joan Baez, Rita Coolidge, Ian Matthews, the Eagles, Ricochet, and, most recently, Dolly Parton.

While Steve Young songs have brought commercial success to others, Young has never been close enough to the mainstream to sustain his occasional brushes with stardom . He has been unwilling to accept the loss of artistic control that the industry expects of its stars.
And while Steve has lived in country music towns like Nashville and Austin, and his songs have had a strong impact on the direction of country music, he rejects the country label for himself. Young is in many ways a cultural dynamic in himself.

[Part Cherokee (from his father) by birth,] steeped in Baptist fundamentalism as a child, yet attracted to a Zen spirituality, the young man from the South with a nomadic spirit went on to create a unique form of American roots music with a truly global perspective.

Steve Young has literally toured the world. He has performed in many countries of Europe, in Australia and New Zealand, in Micronesia, China and Mongolia, in Egypt and East Africa and beyond. Wherever he has gone, he has filled the dual role of ambassador for American music and student of the cultures of others.

Young's live performances express the depth and power of his vision. He draws on his own songs, on Southern folk songs from varied traditions, on collaborations and on the best of contemporary songwriters such as J.D. Loudermilk, David Olney and others.

Steve continues to tour extensively in the U.S., Canada and Europe, as well as more distant portions of the globe. As a writer, recording artist and a live performer, he is an artist at the very peak of his powers -- quite simply , not to be missed.

A Little North Of Nowhere

To Satisfy You (Vinyl)

No Place to Fall