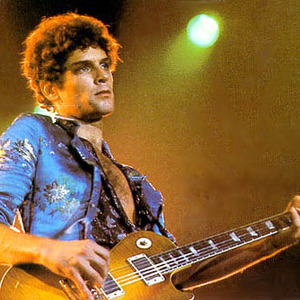 Lindsey Adams Buckingham (born October 3, 1949) is an American guitarist, singer, composer and producer, most notable for being the guitarist and male lead singer of Fleetwood Mac. As a member of Fleetwood Mac, he was inducted into the Rock and Roll Hall of Fame in 1998. In 2011, Buckingham was ranked 100th in Rolling Stone magazine's, 2011 list of "The 100 Greatest Guitarists of All Time". The magazine described him as "one of the most under-valued visionaries in rock".

Buckingham was arguably the principal creative force behind the 70s version of Fleetwood Mac. He is not only one of the main singer/songwriters, but also producer, leading them on an unusual journey from the commercial heights of 1977's Rumours (still among the biggest-selling albums ever) to the quirkily experimental double album Tusk in 1979.

Buckingham is also recognized as a unique & influential guitarist. Unlike many rock guitarists, Buckingham does not use a plectrum/pick, instead, he uses his fingers and fingernails.

Buckingham has recorded 6 studio albums and two live albums with Fleetwood Mac, and 6 studio albums and a live album as a solo artist. The In Our Own Time Songfacts reports that Buckingham's sixth solo album, Seeds We Sow, was recorded at his LA home and he played most of the instruments himself. The record came out on September 6, 2011 and was his first to be self-released. As a member of Fleetwood Mac, he was inducted into The Rock and Roll Hall of Fame in 1998.

Initially after joining Fleetwood Mac, Buckingham used a Gibson Les Paul guitar. Before the band, a Fender Telecaster was his main guitar, and was used on his first Fleetwood Mac album. In 1979, he worked with Rick Turner, owner of Renaissance Guitars to create the Model One. He has used it extensively since, both with Fleetwood Mac and for his solo efforts. He uses a Taylor Guitar 814ce for most of his acoustic performances and has also used an Ovation Celebrity in the past.

Live At The Bass Performance Hall

Out of the Cradle