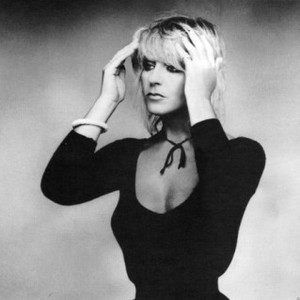 Christine McVie (born Christine Anne Perfect, July 12, 1943, in Birmingham) is an English singer, keyboardist, and songwriter. Her primary fame came as a member of the band Fleetwood Mac, though she has also released three solo albums. McVie is said to have become addicted to Rock and Roll from the first time she looked through a Fats Domino songbook. Early life Christine Anne Perfect was born on July 12th, 1943.

Christine Anne Perfect was born on July 12th, 1943. Her father, Cyril, was a college professor and concert violinist, and mother Beatrice (called Tee) was a medium, a psychic and a faith healer. Her grandfather had played the organ in Westminster Abbey. Although Christine had been introduced to the piano at age four, she didn't really take to music until she was 11. She continued taking classical music lessons until the age of 15, when her older brother, John, brought home a Fats Domino songbook which transformed her musical interest from classical music to rock n' roll. Other early influences include The Everly Brothers and The Beatles.

Christine studied sculpture at an art college in Birmingham, England for 5 years, with the goal of becoming an art teacher. During that time she met a number of budding musicians in England's blues scene. During her time at collage christine joined a small blues band called "Shades Of Blue" in which she played bass, also in her spare she would sing with Spencer Davis. After 5 years christine graduated from art college with a teaching degree. She moved to London, where she worked briefly as a department store window-dresser.

In 1968 she met up her friends Andy Sylvester & Stan Webb, and they invited her to play keyboards/piano and sing backround vocals in their band Chicken Shack, a blues band which had difficulty finding mainstream success. Christine stayed with Chicken Shack for 2 albums and together they scored the top 10 British hit "I'd Rather Go Blind" with Christine on lead vocals. She was also given a Melody Maker award for female vocalist of the year, and she was lauded for having one of the "top 10 pairs of legs in all of Britain". Christine left Chicken Shack in 1969 after meeting Fleetwood Mac bassist John McVie.

Christine was a big fan of Fleetwood Mac at the time and while touring with Chicken Shack the two bands would often run into each other. Encouraged to continue her career, she recorded a solo album, Christine Perfect, which she does not feel is among her better works. As Christine McVie, she joined Fleetwood Mac in 1970, just after marrying Fleetwood Mac bass guitarist John McVie. She had already contributed backup vocals, played keyboards, and painted the cover for Kiln House. The band had just lost founding member Peter Green and its members were nervous about touring without him. McVie had been a huge fan of the Peter Green-era Fleetwood Mac, and since she knew all the lyrics to their songs, she went along. McVie quickly became an essential member of the group, and the author of some of its finest songs, a position she would continue to hold for nearly 25 years.

The early '70s was a rocky time for the band, with a revolving door of musicians, and only the albums Mystery To Me and Bare Trees scoring any successes, not to mention that a group impersonating Fleetwood Mac was touring the United States without their permission. John McVie's alcohol drinking became unbearable; Christine had an affair with a music producer, and she nearly left John and the band to make a solo album with her lover. However, he went back to his spouse, so she did the same.

In 1974, Christine McVie reluctantly agreed to move with the rest of the band to the US and make a fresh start. Within a year, Stevie Nicks and Lindsey Buckingham of Buckingham Nicks joined the band. They breathed new life into the music. Their first album together, 1975's Fleetwood Mac, had several hit songs, with McVie's "Over My Head" and "Say You Love Me" both reaching Billboard's top-20 singles chart.

In 1976, McVie began an on-the-road affair with the band's lighting director, which inspired her to write "You Make Loving Fun", a top-10 hit on the landmark smash Rumours, one of the best-selling albums of all-time. Her biggest hit was "Don't Stop", which climbed all the way to #3 and has become identified forever as the song Bill Clinton played on the Presidential campaign trail and at his 1993 Inaugural Gala (McVie and the others performed there, as well as at the Super Bowl a few days later).

By the end of the Rumours tour, the McVies had divorced. The 1979 double album Tusk produced three more top-20 hits ("Tusk," "Sara," and "Think About Me"), but it was considered a disappointment since practically nothing could top the success of the Rumours album. The group reunited three years later to record Mirage, which contained the top-5 hit "Hold Me". "Hold Me" was also the band's first music video; McVie's inspiration for the song was her tortured relationship with Beach Boys member Dennis Wilson. Wilson drowned in an accident a few years later, breaking McVie's heart.

In 1984, McVie decided to take a risk and to record a solo album, as most of the other band members had done. She created hits with the songs "Got a Hold on Me" (Top 10 pop and #1 adult contemporary) and "Love Will Show Us How". The synthesizer-heavy tracks were viewed by some as somewhat jarring in contrast to the crisp and clear singing tones of McVie. Nevertheless, McVie is quoted in The Billboard Book of Number One Adult Contemporary Hits as saying of her solo album, "Maybe it isn't the most adventurous album in the world, but I wanted to be honest and please my own ears with it."

She also met keyboardist Eddy Quintela (12 years her junior), whom she married in October 1986. They divorced a decade later. In the meantime, they wrote several songs together, two of which, "Little Lies" and "As Long As You Follow," became hits for Fleetwood Mac.

After covering the Elvis Presley standard "Can't Help Falling In Love With You" for the Howie Mandel film A Fine Mess, she rejoined Fleetwood Mac to record the Tango in the Night album. Her voice had never been better and she had one of her hits, and one of the more widely played songs of the era, "Little Lies".

In 1990 the band, minus Lindsey Buckingham, recorded Behind the Mask, but the sales were sluggish and the singles were only marginally successful. McVie had always been reluctant to go on concert tours, preferring to stay close to home with friends and family. Upon the death of her father, Cyril Perfect, that year, during the Behind The Mask tour, McVie made the decision to retire from touring altogether. Despite the departure of Stevie Nicks, McVie remained loyal to Mick Fleetwood and her former husband, recording five songs for the band's 1995 effort Time. The album, which suffered from a lack of publicity and was created by a lineup unfamiliar to the public, was a flop.

The members of the band seemed to have gone their separate ways until Christine McVie, John McVie, Mick Fleetwood, and Lindsey Buckingham got together again for one of Lindsey Buckingham's solo projects. They persuaded Christine to record and tour with them one last time. The live album, 1997's The Dance, went to #1 on the charts. McVie complied with their touring schedule, and then performed for the group's 1998 induction into the Rock and Roll Hall of Fame, as well as the Grammy Awards show, and the Brit Awards. Thereafter, she retired from Fleetwood Mac altogether.

In the years after The Dance, Christine McVie stepped out of public view almost completely. In 2000 she did, however, appear in public to receive an Honorary Doctorate in Music from the University of Greenwich, England. Some years later, in December 2003, she went to see Fleetwood Mac's last UK performance on the Say You Will tour in London, but did not join her former bandmates on the stage.

Mid-2004 saw the release of McVie's new solo album, In the Meantime, her third in a career spanning five decades. Recorded in her converted barn in Kent, England, McVie worked on the project with her nephew, Dan Perfect, who contributed guitar-playing, back-up vocals, and songwriting. There was no tour to accompany this album, though McVie consented to a limited number of press interviews in the UK and the USA. She currently lives in the south of England and rarely leaves her countryside home.