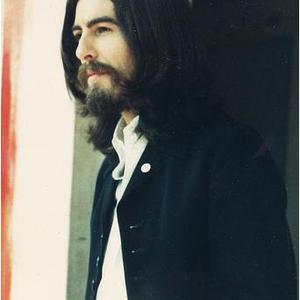 George Harrison, MBE (25 February 1943 ? 29 November 2001) born in Liverpool, UK, was an English rock musician, singer-songwriter and film producer who achieved international fame as lead guitarist in The Beatles, along with mainstream success as a solo artist. George contributed to the songwriting talents of his Beatles band mates, John Lennon and Paul McCartney, firstly by adding ideas and guitar parts, and later with his distinctive style of music inspired by Eastern spirituality.

Ten years after Harrison's death, and forty-two years after its first release, his classic "Here Comes the Sun" is the number one Beatles download on iTunes.

After the Beatles stopped touring in 1966, George started writing more songs than could be fitted onto the albums so that by the time of the split he had built up a collection of songs, some used on his debut solo album, All Things Must Pass. The album, released in 1970, contains the two-time number one hit, "My Sweet Lord".

Before his death, Harrison conceived of a Cirque du Soleil show, "Love," featuring remixes of Beatles music which were overseen by Beatles producer George Martin.

Harrison died on November 29, 2001 after a battle with cancer, leaving behind a wife and son, Olivia and Dhani Harrison. His last album, Brainwashed, was released posthumously and featured the single "Any Road".

A benefit concert in Harrison's memory was played on 29 November 2002 at the Royal Albert Hall. The star-studded event (featuring Eric Clapton and Monty Python, as well as former band mates Paul McCartney and Ringo Starr) was released on the DVD double-album, Concert for George.