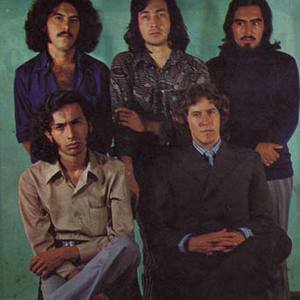 The Peruvian band We All Together, though unknown beyond a core cluster of cultists, was among the prime exponents of Beatlesque pop/rock in the early '70s. Led by singer and frequent composer Carlos Guerrero, who (along with some other members) had been in the Peruvian rock band Laghonia, they released two albums (singing in English) in the first half of the '70s. These were fashioned after the lighter side of the late-'60s Beatles, particularly in the vocal harmonies, melodic tunes and sophisticated arrangements blending keyboards, acoustic guitars and electric guitars in a graceful manner.

Although Lennon, McCartney, and for that matter, Harrison's influence, show up in We All Together's work, they had more of an affinity for McCartney's engaging melodicism than for the other members of the Fab Four, to the point of covering some obscure, early McCartney solo tunes.

On their second album, they also reached into some British progressive rock riffs, although the Beatle vibe remained dominant. With the exception of Badfinger, they may have been the best band of their time to play in an avowedly Beatlesque style.