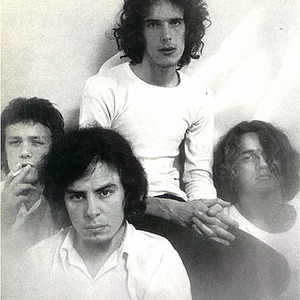 Almendra is a rock group from Buenos Aires, Argentina, formed around 1967. They are considered to be one of the first Argentinean rock groups along with Los Gatos and Manal. They reached stardom in 1969 after various shows including Mar del Plata, Festival de la cancion in Peru, and Festival Pinap. This is also the year their most influential LP came out titled 'Almendra' with songs that would stay forever in the history of Argentinean rock, like 'Muchacha (Ojos de Papel)','Color Humano' and 'Plegaria para un Ni?o Dormido, a beautiful lullaby.

They had ra short reunion in 1979, and then briefly reformed the band in 1980 to make a new album named El Valle Interior, they played their last concert as Almendra in 1981. Spinetta played with the entire band in 2009, along with all his other bands in a big concert that lasted 5 hours. Spinetta died in february 8th of 2012.