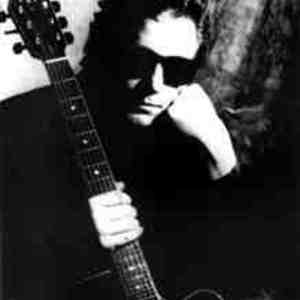 Greg Kihn (born July 10, 1950 in Baltimore, Maryland) is a U.S. pop musician. He is of Polish descent. He is the front man for the Greg Kihn Band, who are perhaps best known for their hit single "Jeopardy" was heavily rotated in the early years of MTV. "Jeopardy" soon served as the basis for a hit parody ("I Lost on Jeopardy") by Weird Al Yankovic. Other popular songs include "The Breakup Song (They Don't Write 'Em)" and "Lucky."

Beginning in 1976, The Greg Kihn Band put out several albums on the Beserkley Records label. Their most popular album was 1983's "Kihnspiracy", which reached the top 20 of the Billboard Album Chart. Many of the band's albums contained puns on the name "Kihn" within their titles. Aside from their own material, Kihn is also known for his eclectic choice of cover songs, included on his Kihnspicuous Taste double CD "best of" were versions of Love's "Little Red Book", The Only Ones' "Another Girl, Another Planet" Jackie Wilson's "Your Love is Lifting Me Higher & Higher", and even "I Fall to Pieces" made famous by Patsy Cline.

Since 2001, the Greg Kihn Band has been one of the opening acts at the annual Kihncert, which is organized by San Jose, California radio station KUFX-FM (promotional name 98.5 K-Fox), where Kihn is the morning DJ. His son Ry Kihn (named for guitarist Ry Cooder) sometimes plays with his dad's band, as well as a band of his own, Big Fun USA.

Kihn has also written four novels, Horrow Show, Shade of Pale, Mojo Hand, and Big Rock Beat, and released a collection of short stories by himself, and other well known rock musicians, named Carved In Rock: Short Stories By Musicians. Contributors include Ray Manzarek of The Doors, Pete Townshend of The Who, Joan Jett, and Ray Davies of The Kinks.

He recently recovered from a surgery performed on his back, and was back on the air at KUFX on 08/09/06.

Kihn has a new live album entitled Extended Versions out through Sony Records.

Kihn loves Corvettes and supposedly bought one in early December 2006.

Love And Rock And Roll (Vinyl)

Kihnsolidation: The Best Of Greg Kihn