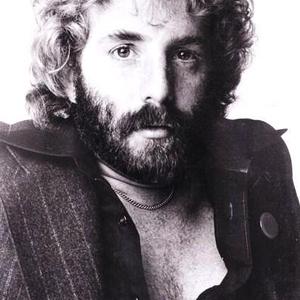 Andrew Gold (born in Burbank, California, USA on 2 August 1951 ? 3 June 2011) was an American singer, musician and songwriter. He's best remembered for his 1977 Top 10 single "Lonely Boy," a song thought to be about himself, and the 1978 single "Thank You for Being a Friend." Andrew's parents were singer Marni Nixon (who provided the singing voice for numerous well-known actresses) and Academy Award-winning composer Ernest Gold.

Andrew's parents were singer Marni Nixon (who provided the singing voice for numerous well-known actresses) and Academy Award-winning composer Ernest Gold. Andrew began writing songs at the age of 13, and by the early 1970s he was working as a musician, songwriter and producer for many well-known stars, notably Linda Ronstadt and Art Garfunkel. He played a big role as multi-instrumentalist and arranger for Ronstadt's seminal breakthrough album, 1974's Heart Like a Wheel. Among other accomplishments, he played the guitar solo and the majority of other instruments on the album's first track, "You're No Good," Ronstadt's only No. 1 single on the Billboard Hot 100.

In 1975 Gold began recording as a solo artist, releasing four studio albums. Although "Lonely Boy" was the bigger radio hit, "Thank You For Being A Friend" gained new popularity as the theme song for the popular 1985-1992 NBC situation comedy The Golden Girls.

Later, Gold played on and co-produced Ten Out of 10 by 10cc, which led to his founding the 1980s pop group Wax with Graham Gouldman, and the 1990s band Bryndle. He played keyboards on "Johnny Can't Read" from Don Henley's solo debut album I Can't Stand Still. He has also produced and written songs for numerous movie and television soundtracks, and sang the theme song for the 1990s Paul Reiser sitcom Mad About You. He also produced seven albums for Eikichi Yazawa, a famous Japanese rock/pop singer.

Gold passed away June 3, 2011 due to heart failure. He left behind his wife and three children

Sings The Songs Of The Beatles And The Beach Boys