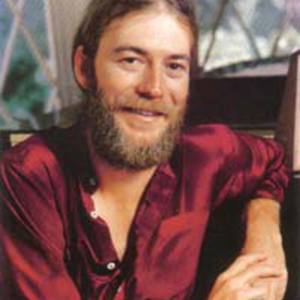 Paul Davis (April 21, 1948 ? April 22, 2008) was an American singer, best known for his radio hits and solo career which started worldwide in 1970. His career encompassed soul, country and pop music, and he wrote many memorable country music hits. Davis was a member of a local group called the "Six Soul Survivors" around 1966 and later in another group called the "Endless Chain." In 1968 he was a writer for Malaco Records, based at Jackson, MS.

Ilene Berns, widow of Bert Berns, signed Davis to Bang Records in 1969, and in 1970, released a cover of The Jarmels' hit song "A Little Bit of Soap", reaching #52 on the Billboard pop charts. His first album, A Little Bit of Paul Davis, was released in 1970. In 1974 he recorded his third album, Ride 'Em Cowboy, which garnered a Top 40 for the title track. The same song also became a Top-40 country hit for Juice Newton in 1984.

Davis had his first American Top 10 single with the slow ballad "I Go Crazy," which peaked at #7 in 1978. "I Go Crazy" spent 40 weeks on the Billboard Hot 100, which at the time set the single-song record for most consecutive weeks on the chart in the rock era. The follow-up, "Sweet Life", did moderately well, peaking at #17. The corresponding album Singer of Songs - Teller of Tales was a modest success, peaking at #82 on the Billboard pop album chart. He was the last artist active on the Bang Records label when it folded in 1981.

After one more album, in 1981 he signed with Arista Records and had two more Top 20 singles, "Cool Night" (which rose to #11) and "'65 Love Affair" (which rose to #6). Davis retired from making records, except for two duet singles that went to #1 on the Billboard Hot Country Singles charts. The first was in 1986 with Marie Osmond on "You're Still New To Me" while the second was in 1988 was a collaboration with Tanya Tucker and Paul Overstreet on "I Won't Take Less Than Your Love". Davis also wrote "Meet Me in Montana", which Dan Seals and Osmond took to #1 on the Billboard country charts inn 1985.

Before his death on April 22, 2008 (one day after his 60th birthday), Paul returned to singing and songwriting recording two songs, "You Ain't Sweet Enough," and "Today." He died of a heart attack at Rush Foundation Hospital in Meridian, Mississippi.

Singer Of Songs, Teller Of Tales