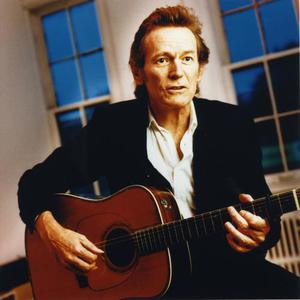 Gordon Meredith Lightfoot, Jr., (born November 17, 1938) is a Canadian singer and songwriter who achieved international success in folk, country, and popular music. He came to prominence in the 1960s, and broke through on the international music charts in the 1970s with songs such as "If You Could Read My Mind" (1970), "Sundown" (1974) and "The Wreck of the Edmund Fitzgerald" (1976). His songs have been recorded by some of the world's most successful recording artists, including Elvis Presley, Johnny Cash and Bob Dylan.

Robbie Robertson of The Band declared that Lightfoot was one of his "favourite Canadian songwriters and is absolutely a national treasure."

Lightfoot was born to Gordon Meredith Lightfoot Sr. and Jessica Lightfoot in Orillia, Ontario, Canada. As a youth, he sang in the choir of St. Paul's United Church under the direction of choir-master Ray Williams. Lightfoot remarked in 2005 that it was Williams who "taught him how to sing with emotion and how to have confidence in his voice".

Lightfoot moved to Los Angeles, California during the 1950s where he studied at Hollywood's Westlake College of Music. He returned to Canada by the early 1960s and began performing in coffee houses in the Toronto folk scene. He sang with Terry Whelan in a duo called the Two Tones. They released a live album recorded in 1962 called Two Tones at the Village Corner. In 1966, his debut album Lightfoot! was released and it brought him recognition as a songwriter. It featured many now-famous songs including "For Lovin' Me", "Early Mornin' Rain", "Steel Rail Blues" and "Ribbon of Darkness".

On the strength of this album, which mixed Canadian and universal themes, Lightfoot became one of the first Canadian singers to achieve real stardom in his own country without moving to the United States. The album was released internationally and was also well-received. It was followed by numerous other albums through the late 1960s. But he remained better known as a songwriter than as a singer, with cover versions of his songs recorded by artists such as Bob Dylan, Johnny Cash and Elvis Presley.

It was not until 1971 that his own version of "If You Could Read My Mind" became a Top Ten hit. The song was originally featured on his 1970 album "Sit Down Young Stranger" which had not been selling that well. After the success of the song, the album on which it was originally featured was re-released under the new title "If You Could Read My Mind" to capitalize on the success of the song. It was also in 1971 that on a bus bound for Calgary, Gordon met a lonely teenage girl named Grace on her way home from Toronto, and in 1972, the song "Alberta Bound" found its debut on the Don Quixote album.

In 1974, his classic single, "Sundown", went to No.1 on the American charts. Two years later, Lightfoot had an unexpected hit with a song with the unlikeliest of subject matter. In late November, 1975, Lightfoot read a Newsweek magazine article about the Great Lakes ore carrier SS Edmund Fitzgerald sinking during a severe storm. Tragically, all of her 29 crew members were killed. His song, "Wreck of the Edmund Fitzgerald", most of the lyrics of which were taken from the article, reached #2 on the U.S. Billboard charts. Sundown and Edmund Fitzgerald continue to receive heavy airplay on many classic rock stations.

By the 1990s he was mostly touring, giving fifty concerts a year by 1998, mainly in North America, while he released two albums in the period. In the fall of 2002, he was in Orillia when he suffered a near-fatal abdominal hemorrhage that left him in a comatose state for a short period. He recovered and later returned to the music business with the album Harmony and an appearance on Canadian Idol. In 2005, he made a low-key tour called, with characteristically droll humour, the "Better Late Than Never Tour".

A Painter Passing Through