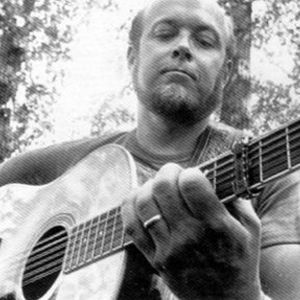 Stanley Allison 'Stan' Rogers (November 29, 1949 ? June 2, 1983) was a Canadian folk musician and songwriter. Stan Rogers was noted for his rich, baritone voice and his finely-crafted, traditional-sounding songs which were frequently inspired by Canadian history and the daily lives of working people, especially those from the fishing villages of the Maritime provinces and, later, the farms of the Canadian prairies and Great Lakes.

Stan Rogers was noted for his rich, baritone voice and his finely-crafted, traditional-sounding songs which were frequently inspired by Canadian history and the daily lives of working people, especially those from the fishing villages of the Maritime provinces and, later, the farms of the Canadian prairies and Great Lakes. Rogers died in a fire aboard Air Canada Flight 797 on the ground at the Greater Cincinnati Airport at the age of 33. His influence on Canadian folk music has been deep and lasting.

Rogers was born in Hamilton, Ontario, the eldest son of Nathan Allison "Al" Rogers and Valerie Rogers (n?e Bushell), two Maritimers who had relocated to Ontario in search of work shortly after their marriage in July 1948. Although Rogers was raised in Dundas near Hamilton, he often spent summers visiting family in Guysborough County, Nova Scotia. It was there that he became familiar with the way of life in the Maritimes, an influence which was to have a profound impact on his subsequent musical development. He was interested in music from an early age, reportedly beginning to sing shortly after learning to speak. He received his first guitar, hand-built by his uncle Lee Bushell, when he was only five years of age. He was exposed to a variety of music influences, but among the most lasting were the country and western tunes his uncles would sing during family get-togethers. Throughout his childhood, he would practice his singing and playing along with his younger brother Garnet Rogers, six years his junior.

By the time that Rogers was attending Saltfleet High School in Stoney Creek, he started to meet other young people interested in folk music, although at this time he was also dabbling in rock and roll, singing and playing Bass guitar in garage bands such as "Stanley and the Living Stones," and "The Hobbits."

As a young man, Rogers briefly attended both McMaster University and Trent University.

Rogers' songs often had a Celtic feel which was due, in part, to his frequent use of DADGAD guitar tuning. His best known pieces include "Northwest Passage," "Barrett's Privateers," "The Mary Ellen Carter," "Make and Break Harbour," "The Idiot," "The Field Behind the Plow," "Lies ," "Fogarty's Cove," "White Squall" and "Forty-Five Years."

Some of his songs were in the style of sea shanties, though his brother Garnet once remarked that he would "get seasick crossing a wet lawn."

Rogers died of smoke inhalation June 2, 1983 while travelling on Air Canada Flight 797. The airliner was flying from Dallas, Texas to Toronto and Montreal when an in-flight fire forced it to make an emergency landing at the Greater Cincinnati Airport. It was rumored, though not confirmed, that Rogers survived and escaped the crash, only to perish after returning to save those still trapped inside. Stan Rogers was cremated and his ashes were scattered in the Atlantic Ocean off the coast of Nova Scotia.

Rogers' legacy includes his recordings, songbook, and plays for which he was commissioned to write music. His songs are still frequently covered by other musicians, and are perennial favourites at Canadian campfires and song circles. Members of Rogers' band, including his brother Garnet Rogers, continue to be active performers and form a significant part of the fabric of contemporary Canadian folk music. Following his death he was nominated for the 1984 Juno Award in the category for "Best Male Vocalist." In 1993 his posthumous album Home In Halifax was likewise nominated for "Best Roots and Traditional Album."

His widow, Ariel Rogers, continues to oversee his legacy. His music and lyrics have been featured in numerous written publications and films. For instance, his lyrics have appeared in school poetry books, taking their place alongside acknowledged classics. His song "Northwest Passage" was featured in the last episode of the TV show Due South, his songs "Barrett's Privateers" and "Watching The Apples Grow" having been previously featured. In the 2005 CTV made-for-TV movie on the life of Terry Fox, Rogers' "Turnaround" is the music over the closing shot. As the movie ends, Fox is depicted, alone, striding up a hill, while the lyric "And yours was the open road. The bitter song / The heavy load that I'll never share, tho' the offer's still there / Every time you turn around," forges a link between these Canadian icons. Many of his songs on the albums Northwest Passage and From Fresh Water refer to events in Canadian history.

Adrienne Clarkson, who, prior to serving as the Governor General of Canada from 1999?2005, had worked for the Canadian Broadcasting Corporation, highlighted Rogers' career in a 1989 television documentary when she introduced the show called "One Warm Line" on CBC television; she also quoted Rogers in her investiturial address.

The Stan Rogers Folk Festival is held every year in Canso, Nova Scotia. In 1995, several artists performed two nights of concerts at Halifax's Rebecca Cohn Auditorium, which were released on album that year as Remembering Stan Rogers.

One of Stan's sons, Nathan Rogers, is also an established Canadian folk artist with a voice similar to his father's.

The Very Best Of Stan Rogers

from coffee house to concert hall

For The Family (Vinyl)

Between The Breaks... Live!